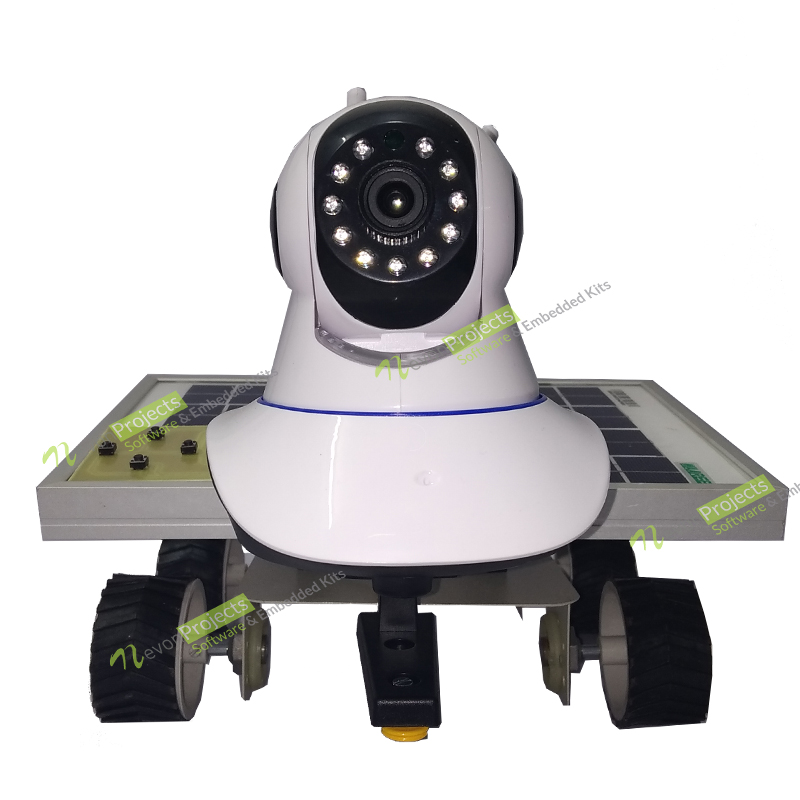 RF controlled solar panel based robotic vehicle can be used for observing an area and can be used for security purposes. In this solar panel project, solar power-based robotic vehicle is integrated with 360-degree camera. This robotic vehicle movement can be controlled using RF technology for remote operation. This system uses push buttons at the transmitting end. With the help of these push buttons, the receiver is able to receive commands. These commands that are sent are used to control the movement of the robot which gives instructions for either to move the robot forward, backward, left or right etc. It uses the Atmega 328 series of a microcontroller to achieve its desired operation. This robot car has a 360-degree camera that can be used as security surveillance and solar panel for charging the battery. The solar panel has an auto battery cut off system. The wireless camera will be streaming live on the android application.