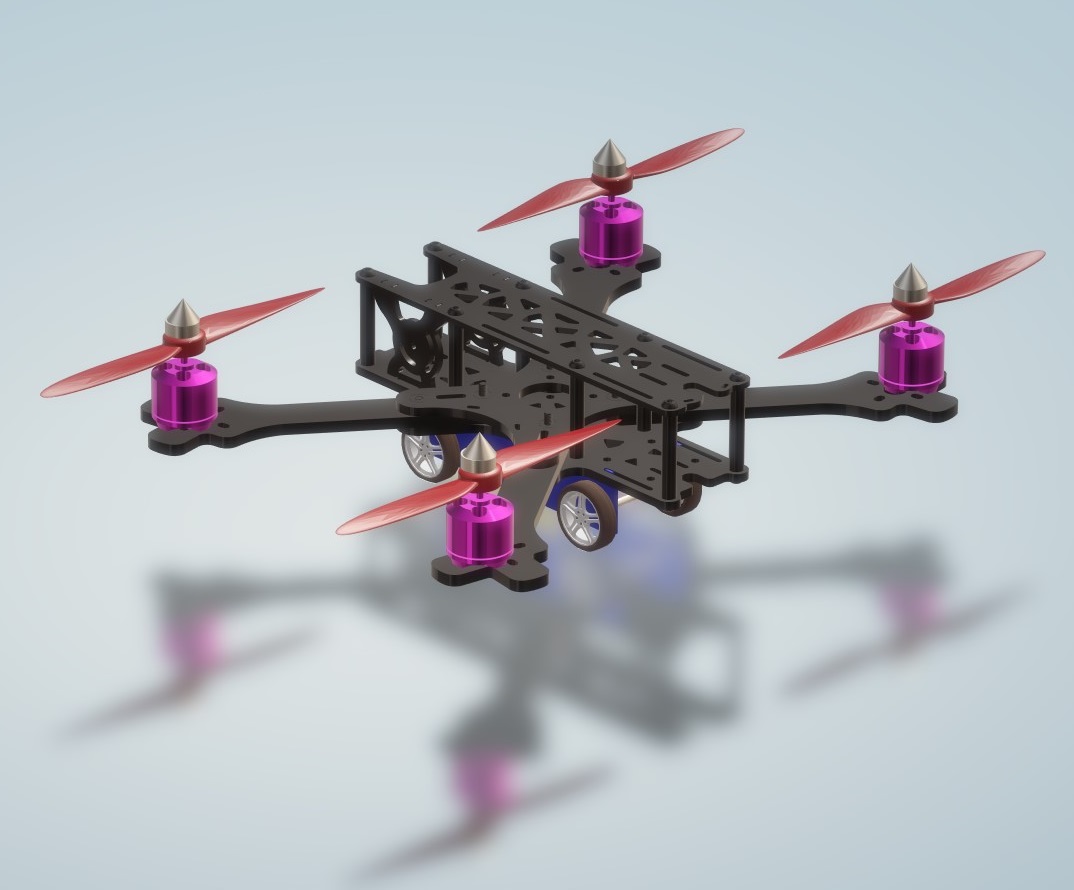 Drones are capable of highly advanced surveillance, and drones already in use by enforcement can carry various forms of equipment including live-feed video cameras, infrared cameras, heat sensors, and radar. Normal drones can’t manoeuvre on the ground in the least. A drone with wheels is far more mobile while having only a small reduction in flying time. This system helps to surveillance over land and in the air. The ability to both fly and drive is beneficial in environments with plenty of barriers since you can fly over ground obstacles and drive under overhead obstacles. The drone would consist of an RC receiver as well a transmitter, the RC remote will send the direction as well as the altitude command to the receiver on the drone, the drone also has a wireless camera for remote surveillance, aside of aerial surveillance our drone is also capable of land operations for that we have 2 motors on the drone which we use to provide movement on the land. 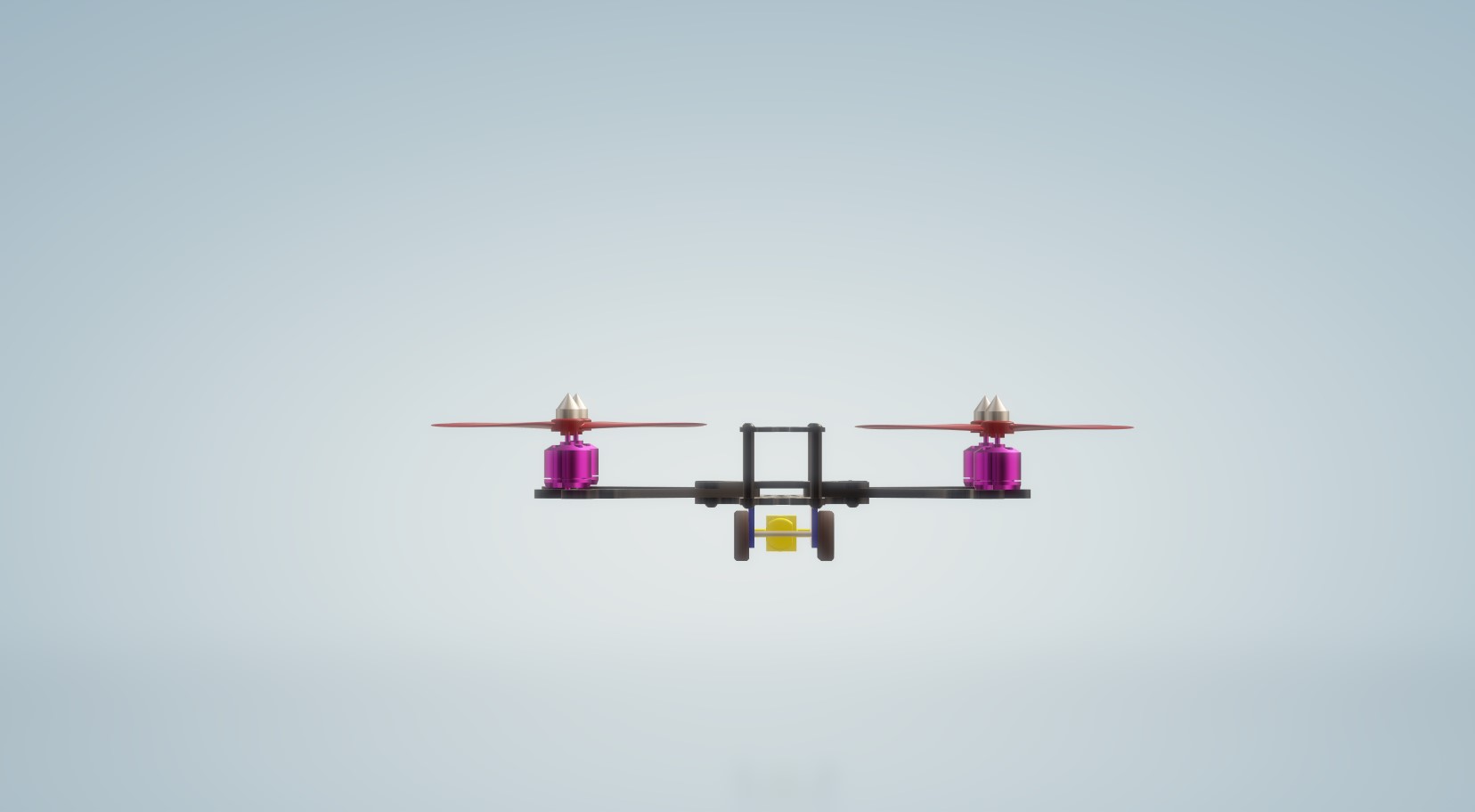 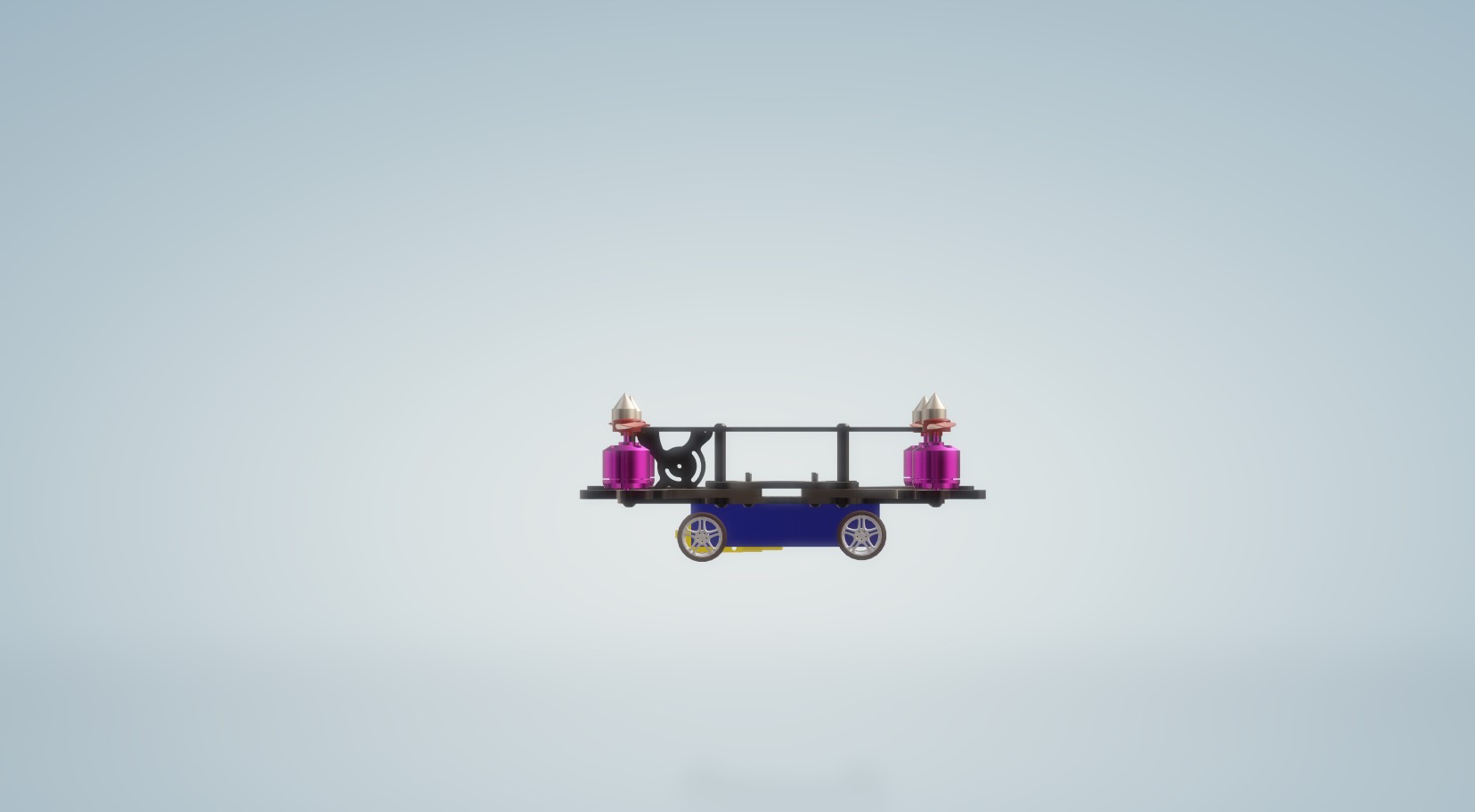 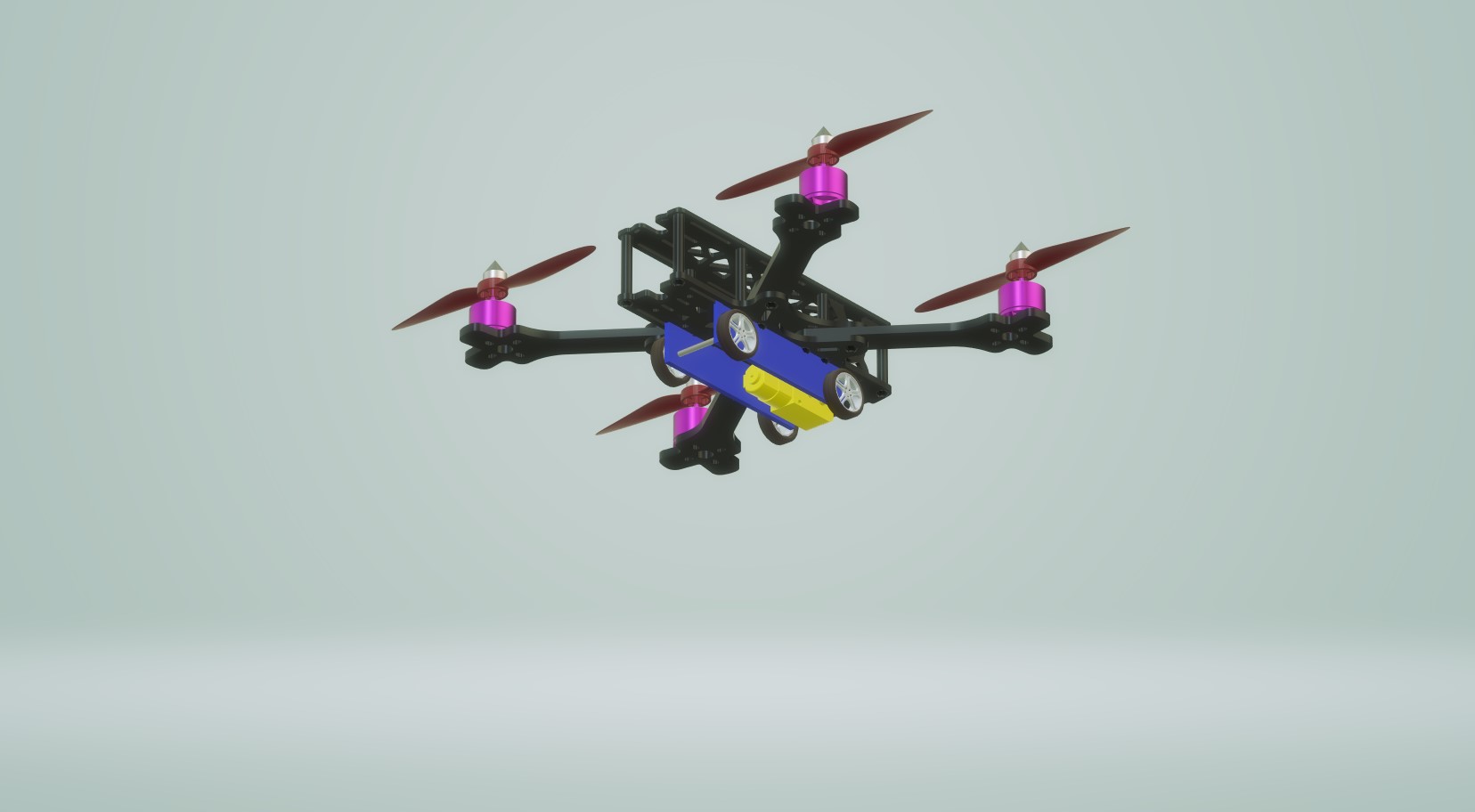 Our project aims to start a 3 phase induction motor with a soft or steady start. A…