The system attempts to actuate a load based system as soon as Infrared Rays collide with an object. In industries this system is used to take up an action as soon as an object is encountered on the conveyor belt.
The system uses an IR receiver that receives an Infrared signal that is generated using an IR diode. These IR sensors are interfaced to a microcontroller of the 8051 family. The IR transmitter constantly transfers rays to the IR receiver which in turn constantly sends output to the microcontroller.
The microcontroller is then used to read the signal as soon as an object is encountered and then actuate the load. Here a simple lamp is used to demonstrate as a load. The lamp is actuated by microcontroller through a relay. As soon as the microcontroller receives the IR receiver signal, it switches on the relay which then turns on the lamp.
This system can be improved further where we may add object counting facility on some display and object pick n place system. 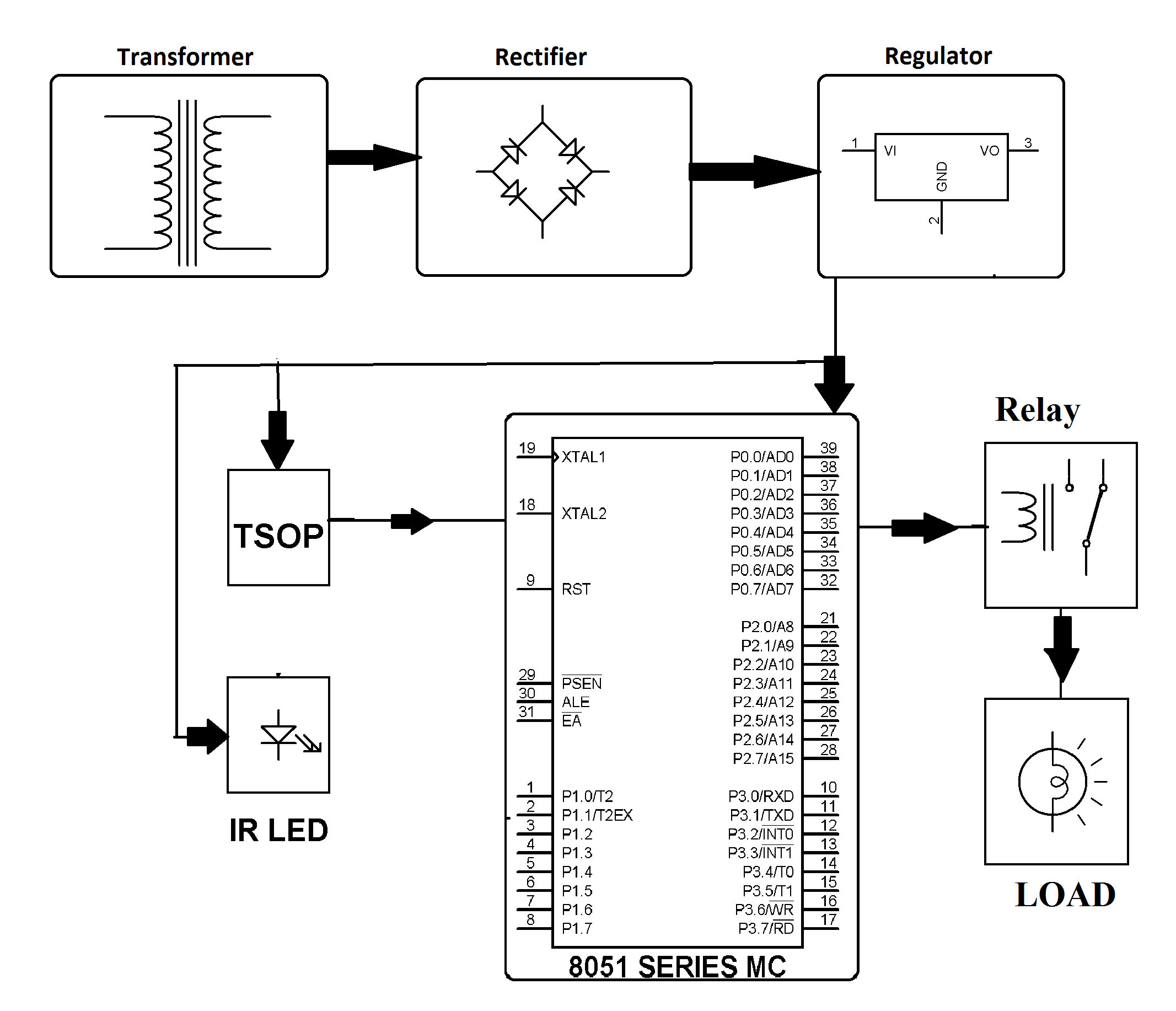