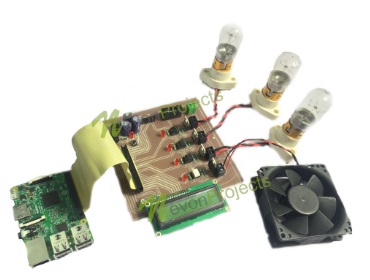 Internet of things is a technology of the future that has already started to touch our homes. Here we propose an IOT based home automation system using raspberry pi that automates home appliances and allows user to control them easily through internet from anywhere over the world. Our proposed system consists of a microcontroller based circuit that has lights and fan connected to it along with LCD display and Wifi connector interfaced with raspberry pi. Our system interacts with out online IOT system that IOT Gecko free web interface for controlling our home appliances with ease. After linking with IOT Gecko, the user is allowed to send load switching commands over IOT to our circuit. The circuit receives the commands over IOT by connecting to internet using wifi connector and then the raspberry processor processes these commands. After this the processor now processes these instructions to get user commands. It then displays these on an LCD display. Also it operates the loads (lights and fan) for switch them on/off according to desired user commands. Thus we automate home appliances over internet using raspberry pi. 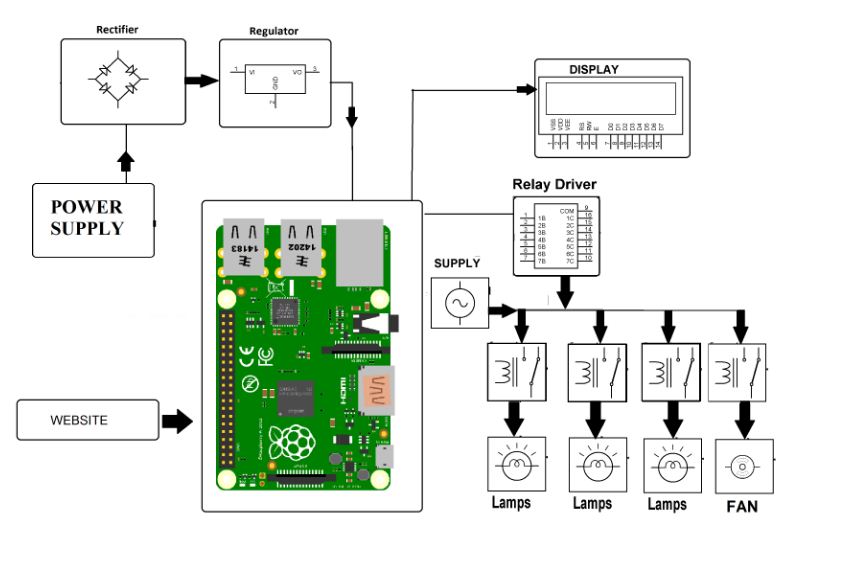