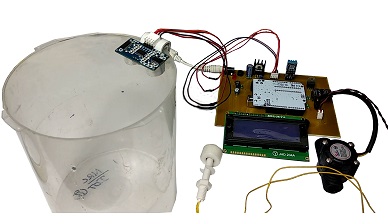 “IoT Early Flood Detection & Avoidance System” is an intelligent system which keeps close watch over various natural factors to predict a flood, so we can embrace ourselves for caution, to minimise the damage caused by the flood. Natural disasters like a flood can be devastating leading to property damage and loss of lives. To eliminate or lessen the impacts of the flood, the system uses various natural factors to detect flood. The system has a wifi connectivity, thus it’s collected data can be accessed from anywhere quite easily using IoT.

To detect a flood the system observes various natural factors, which includes humidity, temperature, water level and flow level. To collect data of mentioned natural factors the system consist of different sensors which collects data for individual parameters. For detecting changes in humidity and temperature the system has a DHT11 Digital Temperature Humidity Sensor. It is a advanced sensor module with consists of resistive humidity and temperature detection components. The water level is always under observation by a float sensor, which work by opening and closing circuits (dry contacts) as water levels rise and fall. It normally rest in the closed position, meaning the circuit is incomplete and no electricity is passing through the wires yet. Once the water level drops below a predetermined point, the circuit completes itself and sends electricity through the completed circuit to trigger an alarm. The flow sensor on the system keeps eye on the flow of water. The water flow sensor consists of a plastic valve body, a water rotor, and a hall-effect sensor. When water flows through the rotor, rotor rolls. Its speed changes with different rate of flow.
The system also consist of a HC-SR04 Ultrasonic Range Finder Distance Sensor. The Ultrasonic sensor works on the principle of SONAR and is designed to measure the distance using ultrasonic wave to determine the distance of an object from the sensor. All the sensors are connected to Arduino UNO, which processes and saves data. The system has wifi feature, which is useful to access the system and its data over IoT. 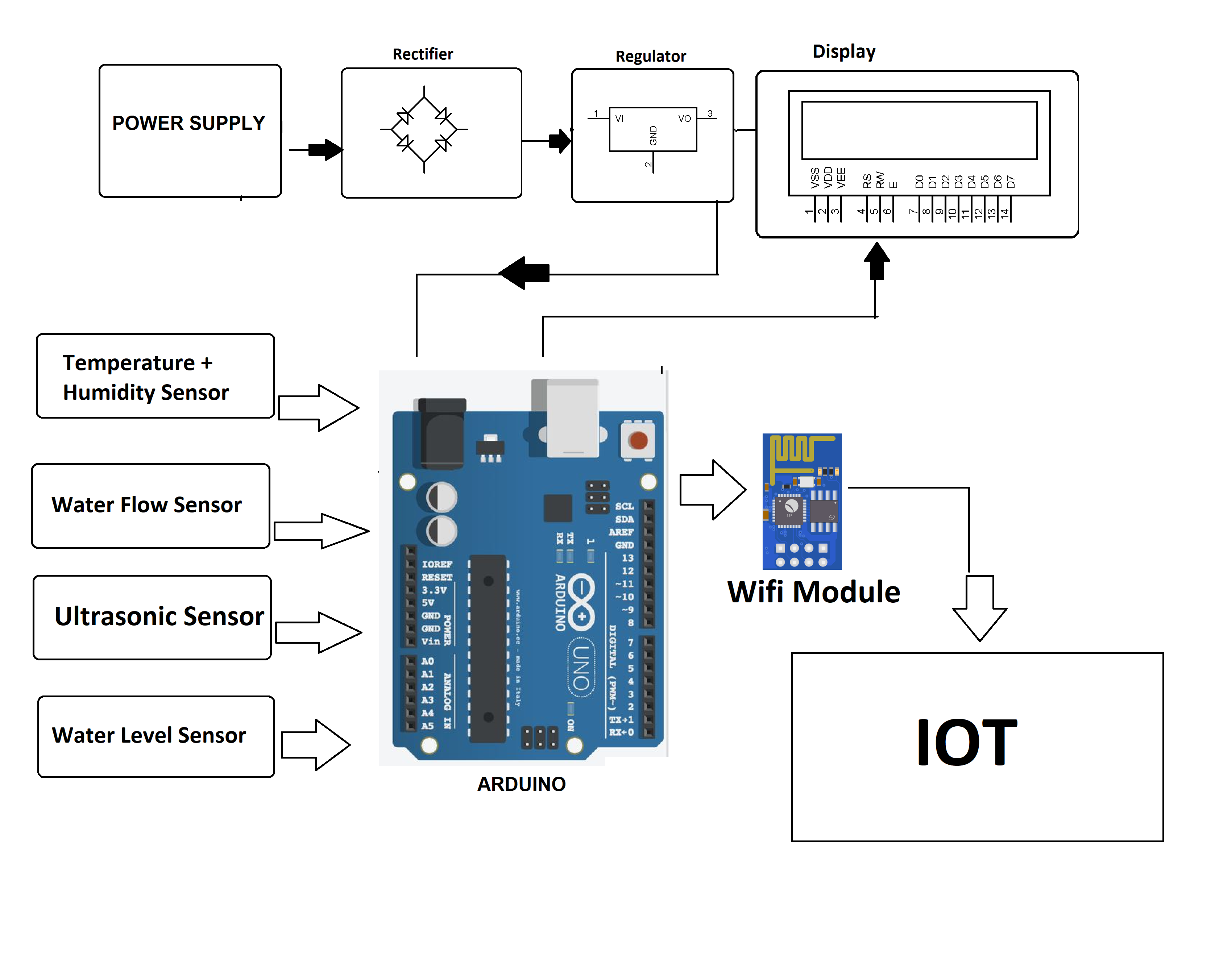