Fast Voting Game Project is a system that is required by many of the competitions / games that involve more than a contestant / player to decide who was the fastest to press the button and hence is the winner. This system is better than visually inspecting the fastest finger first.
For an example, we can have a scenario where a task is given to 4 contestants. The one who finishes the task first has to press the button. In this case the one who presses the button wins the game. Suppose we have the contestants finishing the task and pressing the button almost simultaneously. In this case the system will recognize the fastest finger first with great accuracy and display the winner.
The circuit involved in this project priority encodes the entries that were given to it at the time when commanded to monitor the entries given to it. The first entry encoder information is latched by the system and this latched information is given to audio visual output terminal. The audio terminal is a transistor driven buzzer. The visual output terminal is a 7 segment LED display which displays the number of button that was pressed the first. 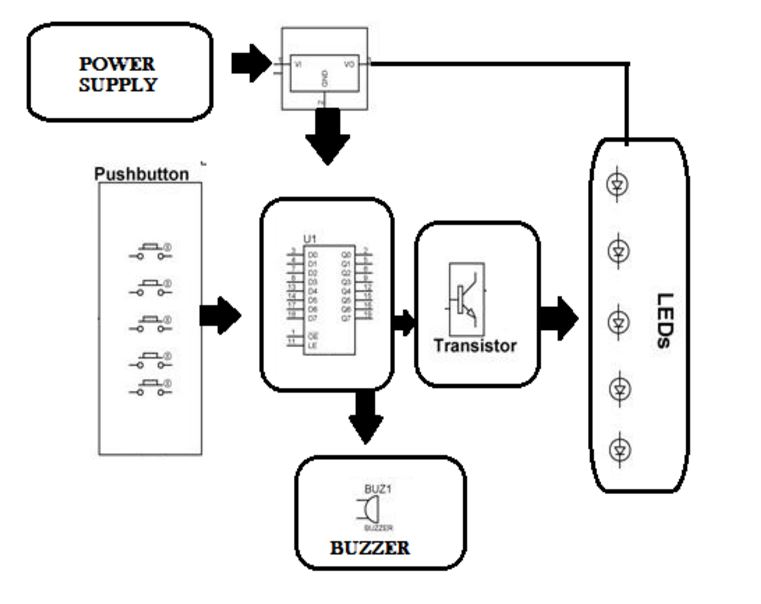