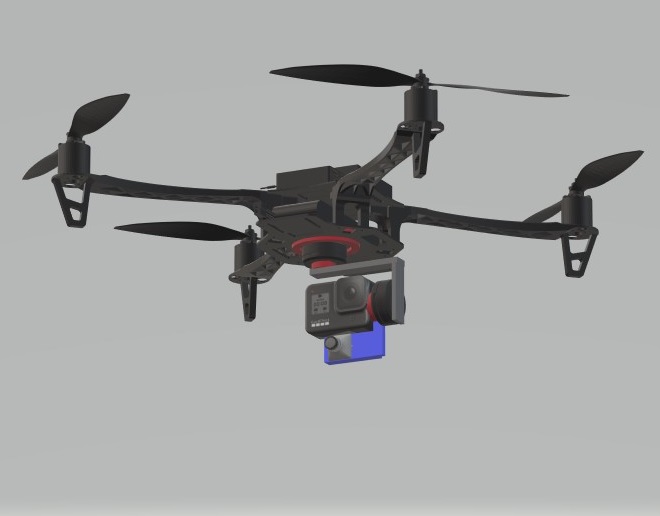 We are hereby witnessing the dawn of drone technology in this century. Drones have multiple use and are constantly being innovated for more and more applications. One big application of drone is film making or filming video. Filmmaking requires HD footage with high FPS cameras like 1080p 60fps of 2k 30fps for making good quality video content. Also it requires high quality aerial video shots that require a 360° movement of video cameras on demand.

So here we propose an aerial filming drone with a 360° rotating camera mount to fit any 4k action camera like GoPro, DJI, Sony, Nikon, SJCAM etc that can be rotated in any direction using a remote control. The drone takes inputs from 2 Remote controllers, one controls the drone movements, the other remote is used for controlling the movement of action camera.
This allows for capturing high quality video footage from a variety of video angles, giving filmmakers the opportunity to record professional footage using a low cost camera setup. For this purpose we use a drone with remote controlled transmitter. The transmitter transmits the movement commands which are received by the drone receiver. The receiver then transmits these to the controller to achieve the desired movement.

Note: The Project kit does not include any Action Camera. You may mount any Suitable Action Camera: GoPro, DJI, Sony, Nikon, SJCAM etc 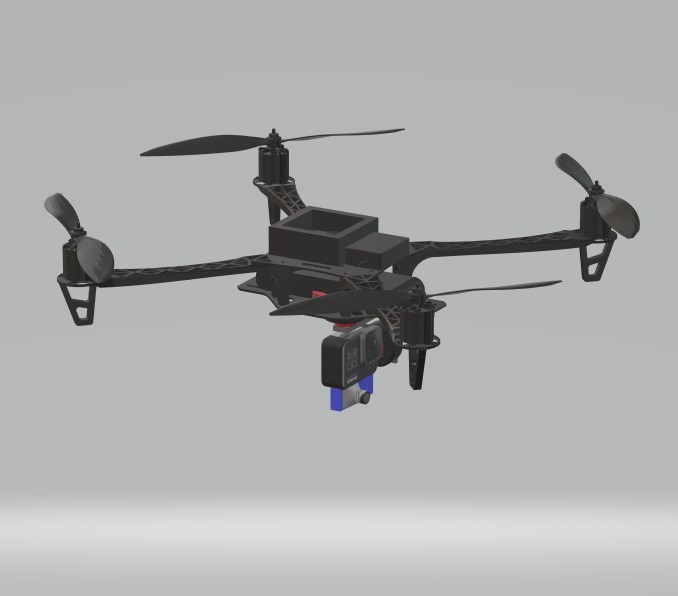