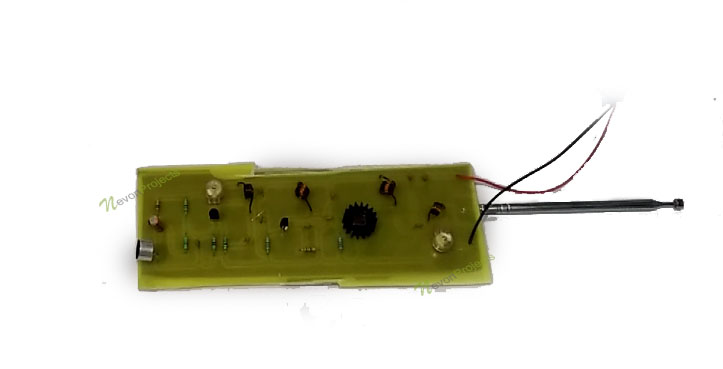 A Mic is used to transmit voice in the form of electrical signal to large speakers so that a large audience is able to hear to the speaker. But the Mic is limited by its length of cord. So, for the speaker to be free of wires we can propose a wireless Mic which operates with power backup of battery.
The wireless FM Mic Project depends upon the FM technology. What we have in this system built is a FM modulator that modulates the input signal and then transmit it in the FM band through the antenna of the system. This input signal is the electrical pulse generated by Mic which acts as a transducer that converts the voice into electrical pulse. The transmitted FM waves can be received by any standard FM Radio receiver of cell phones having FM receiver integrated in them. In this way we can have a wireless FM Mic with the help of this project.
The FM tuning circuit can modulate a low frequency signal with the help of a high frequency signal. 88 MHz to 108 MHz is the range in which carrier frequency can be chosen. The modulation circuit consists of a coil, a couple of transistor along with their biasing circuit. With the help of this modulation circuit the human voice which is range of 20 Hz to 20 KHz is converted into high frequency signal. This frequency signal is transmitted through the antenna with the help of tuning circuit. This signal when received in any standard FM receiver and amplified and given to large speakers the voice of the addressee can reach to a large audience.