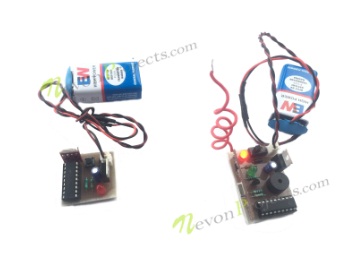 Doorbell system conventionally have wired configuration which is laid across the home / office premises. This configuration fails in case of damage to the electrical lines or the expensive Bell equipment damages. The Wireless Doorbell Calling System can help evade both of these difficulties. We have two units in this project which are connected to each other through an RF link. The transmitter unit has a button attached to it for user interface. When a user presses this switch it is indicated to the system that a bell should be rang inside the house / office premises. This information is passed on wirelessly to the receiver unit which has a hooter attached to it. This buzzer is pulled high by the system to hoot and thus signifying a visitor at the door.The RF communication happens in a range of 9 metres in line of sight. When the button is pressed at the transmitter side it alters the signal that is continuously sent by the transmitter side to the receiver side. When this altered change in the signal is received at the receiver, its voltage level at the respective pin goes high this triggering the hooter or the buzzer attached to that pin. This sound of the hooter / buzzer remains ON till the switch is pressed on the transmitting side or the calling side. Thus we have an effective calling system which is simple enough and is also inexpensive. 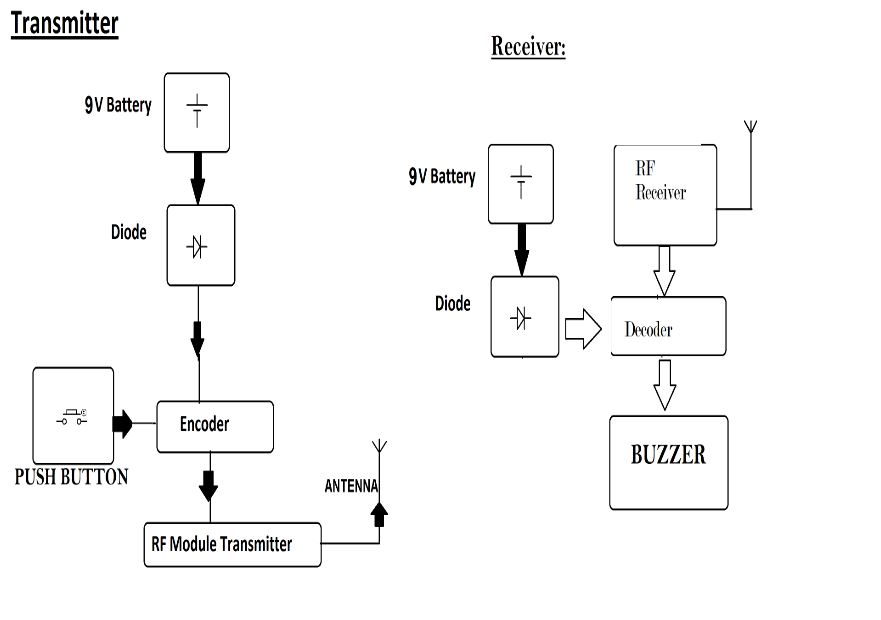