We have reached the era of home automation. We have systems that allow you to control your home appliances using smart phones and remotes.
Here we propose an automated home automation that works on speech processing. System eases the home automation task by listening to users speech and switching appliances as per user spoken commands. Here we use a mic to record users speech and transfer these commands to the Raspberry Pi through our circuitry. The Pi processor now processes users speech to extract keywords related to load switching. It analyses the sentence of user to check if user said a command to switching of loads in his speech. If the system detects a command in users sentence, it analyses which load is referred to and what command is issued. On processing of user spoken keywords the board operates a relay based circuit to switch loads on/off. The relay based circuit is used to switch AC supply loads easily using user commands. 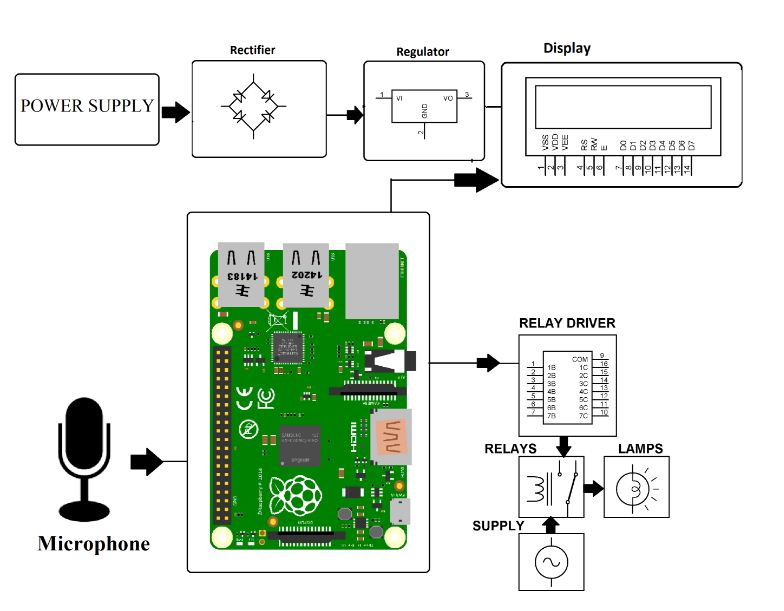