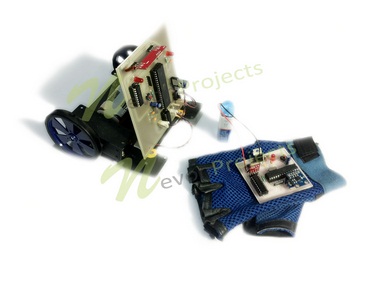 Robotic vehicle controlled by the hand movement mainly benefits the disabled person, as those person with the hand gesture moves to the direction they want to go without pressing any buttons.
This system includes a glove which has a receiver circuit which will be mounted on the top with Atmega microcontroller interfaced to the accelerometer and it is supposed to be worn by the user while using this machine. The circuit on the vehicle includes FR receiver, PIC microcontroller and Driver IC to operate the motors. The commands that are received by the IC on the circuit are sent to the RF transmitter which forwards the command to the RF receiver. The command from RF receiver then gets trasmitted to the PIC microcontroller which decodes the command and makes the vehicle move in the direction specified by the user. 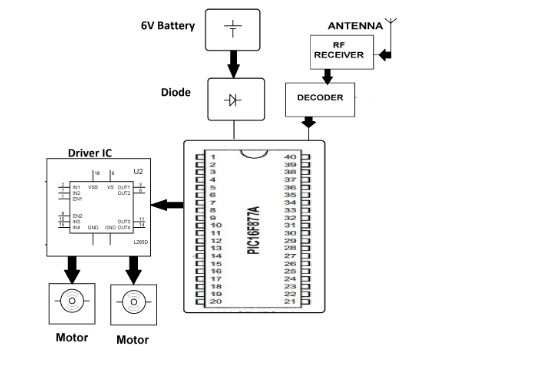