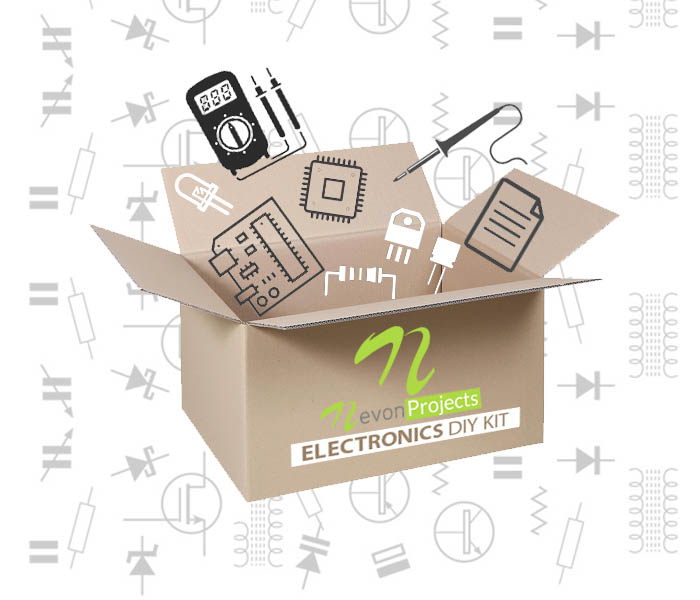 Well we here design a fully automated token management system that solves all these issues. The system allows for fully automatic token calling system that can operate without any errors.
The system makes use of an Atmega 328 microcontroller along with an RFID reader for sensing REID token numbers, a keypad for settings, an LED Display and buzzer for notifying and displaying token number along with basic electronics components and PCB board to develop the system.
The system uses the LED display and keypad to interact with the user. It provides to options to user on start:

In the settings mode the user is allow to adjust some settings. This includes the buzzer On/Off settings and buzzer volume settings. If buzzer is turned off it will not beep when next token number is displayed. When turned on the buzzer will beep with the volume set by user. When the system is set in running mode, it begins operation for token system. We hereby use RFID tokens for demonstrations. The tokens have a number written on them and are kept on desk for customers to pick up when they arrive.

When a customer picks up a token, he/she needs to scan it on the system. The system has an integrated RFID reader that monitors for RFID tags. As soon as the user scans a Token, the number associated with the tag is stored in the controller list.

New additions are added in the end of the list. The list tokens are now treated on a FIFO basis for token calling. The First token inserted in the system is the first token to be called. The doctor/receptionist/operator needs to press a button on keypad to indicate current token session has ended, and then next token number is to be called. The token number that has been called is then deleted from that list. 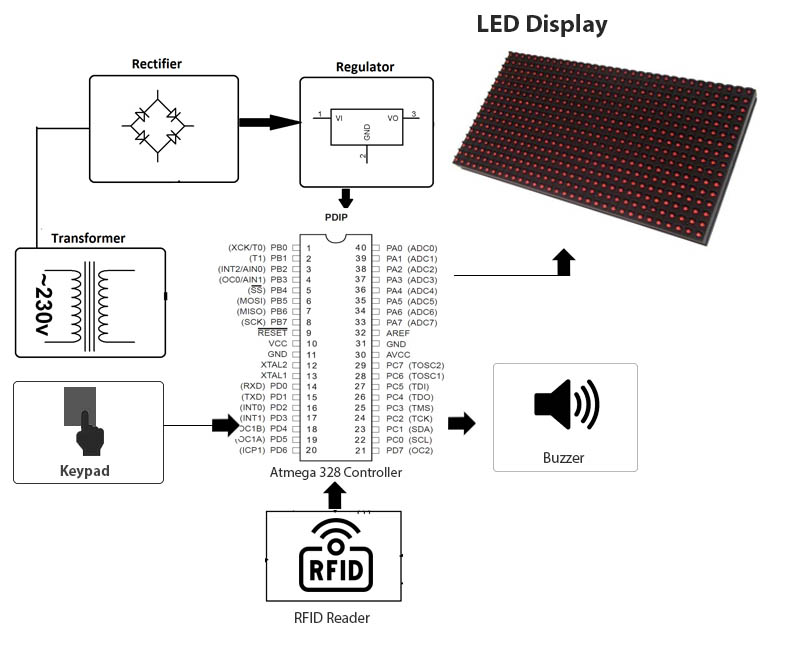