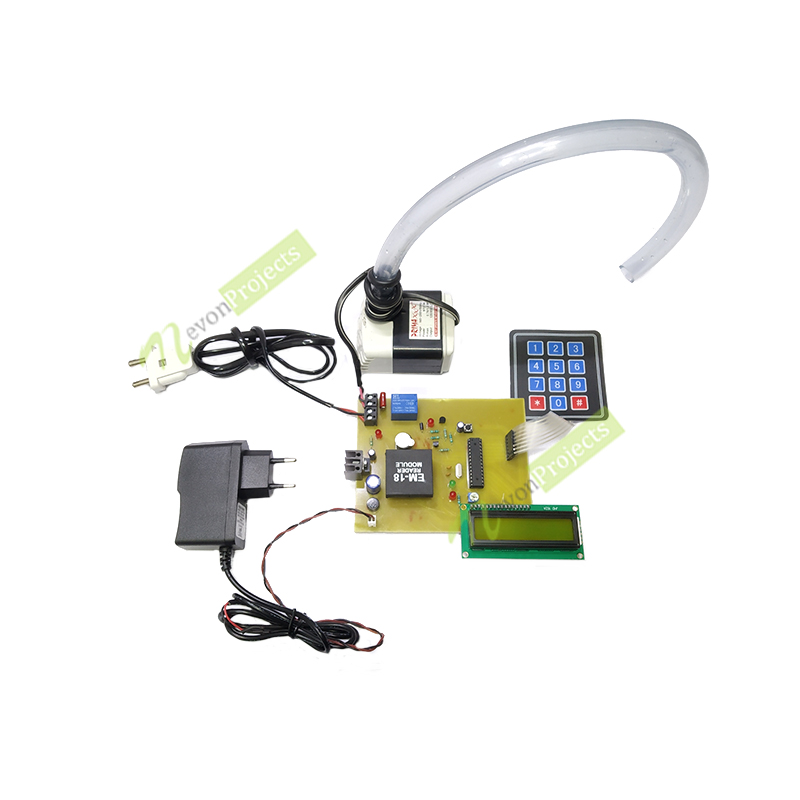 Everything has been digitized. In many existing systems, almost all petrol pumps have a controlling unit to perform the tasks like managing the electrical pump, drive the display, measure the flow & accordingly turn OFF the electrical pump. But still a person is required to collect the money and there is a possibility of many human errors. In this proposed petrol pump automation system, we are using RFID card to access petrol at different petrol stations of different petrol companies across the country and here, we are connecting all these petrol stations using single web server. This web server access is secured by a password which is known only to the petrol companies. Whenever we want to fill the tank from the fuel dispenser, we just have to place the RFID card near the RFID reader. Then the microcontroller reads the data from the RFID reader and performs the action according to the customer requirements. This digital petrol pump system also provides the security for the customers for filling petrol at the Petrol stations by avoiding the involvement of human beings, hence reduces the risk of carrying money every time. This petrol pump system consists of Atmega328 microcontroller, RFID module, LCD display, Keypad, Ac pump and alarm. When RFID reader, reads the card it asks for the 3-digit password, if we enter wrong password more than twice it raises an alarm. And when the right password is entered is into the system, the system asks for the amount and it also shows the balance amount. On entering the amount, the motor starts and petrol gets filled in the petrol tank from the fuel dispenser. 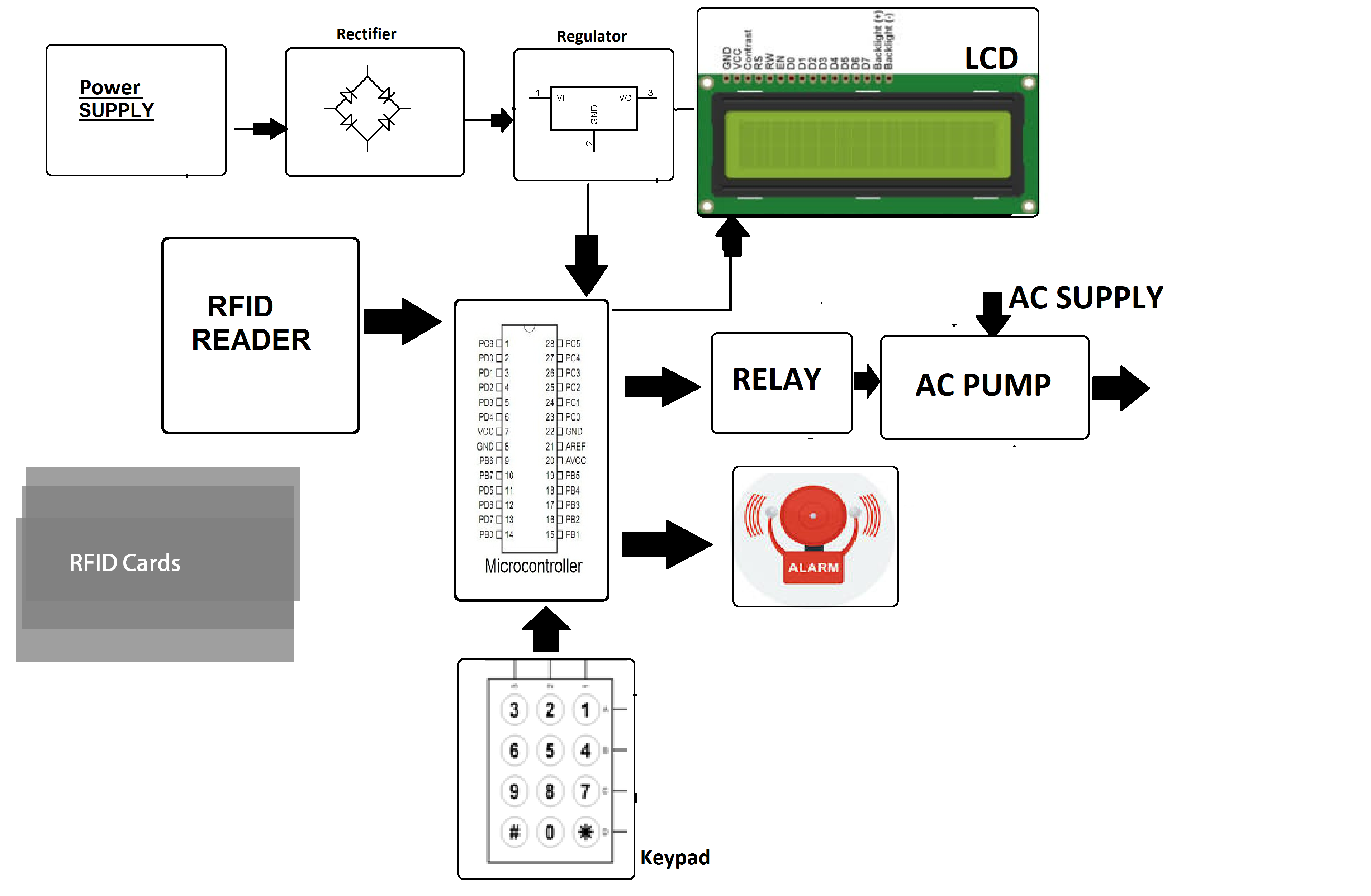