Rf Controlled Spy Robot With Night Vision Camera project mainly aims to detect any unwanted activity and capture it for evidence purposes. For which the system uses night vision camera which can also capture activities during night time. In this way the system proves to be very beneficial for spying purposes and especially when there is high risk involved to capture the activity. i.e the humans cannot be sent to such high risk involved places for spying purposes. The system makes use of RF remote which has push buttons for forward, backward, left and right through which the users can send commands. The commands specifies in which direction the robotic vehicle should be moved. The receiver then sends these commands to the PIC microcontroller which then determines in which direction the robotic vehicle should be moved. The movement of this robotic vehicle can be monitored by the user from the PC. 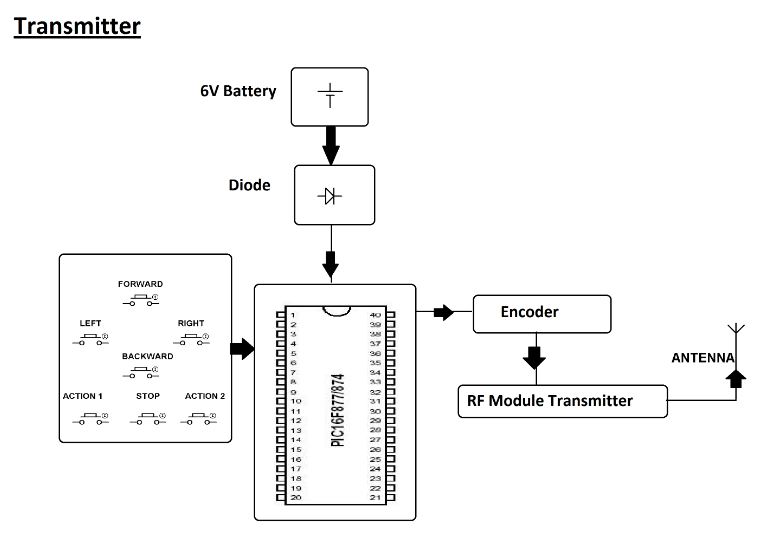 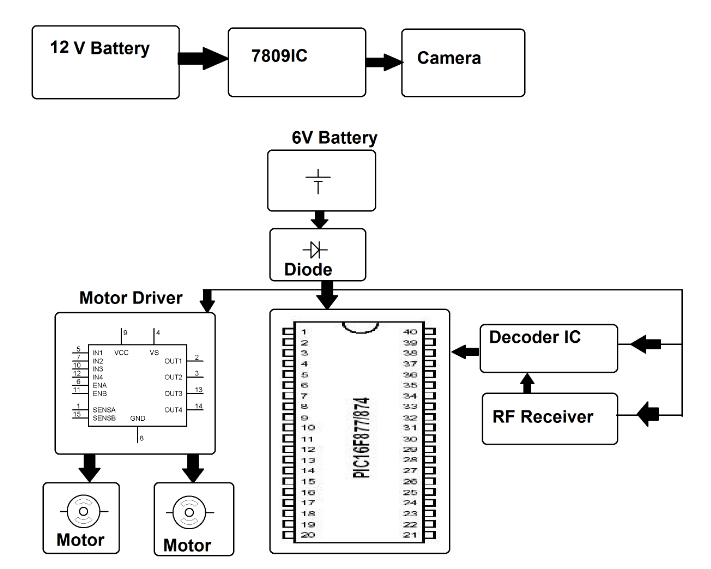