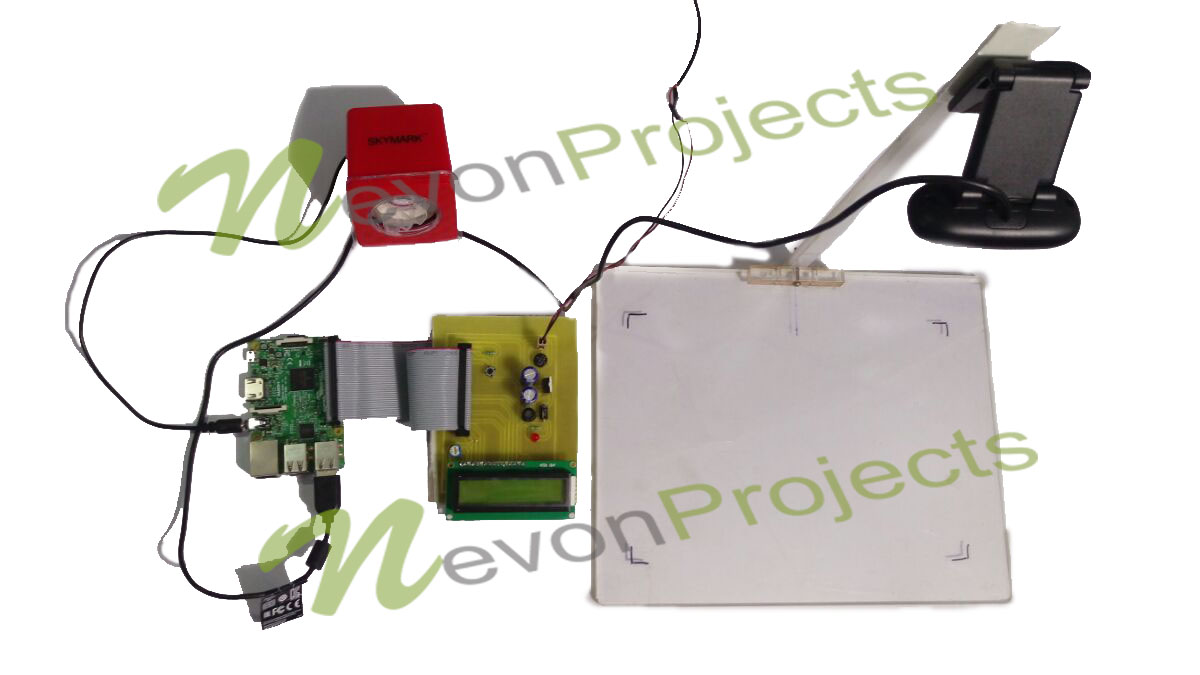 This project has been built around Raspberry Pi processor board. It is controlling the peripherals like Camera, speaker and LCD which act as an interface between the system and the user. Optical Character Recognition or OCR is implemented in this project to recognize characters which are then read out by the system through a speaker. As shown in the project setup, the camera is mounted on a stand in such a position that if a paper is placed in between the area marked by angular braces, it captures a full view of the paper into the system. Also, when the camera takes the snapshot of the paper, it is ensured that there is good lighting conditions. The content on the paper should be written in English (preferably Times New Roman) and be of good font size (preferably 24 or more as per MS Word). When all these conditions are met the system takes the photo, processes it and if it recognizes the content written on the paper it will announce on the speaker that the content on the paper has been successfully processed. After this it speaks out the content that was converted in to text format in the system from processing the image of the paper. In this way Raspberry Pi Based Reader for Blind helps a blind person to read a paper without the help of any human reader or without the help of tactile writing system. 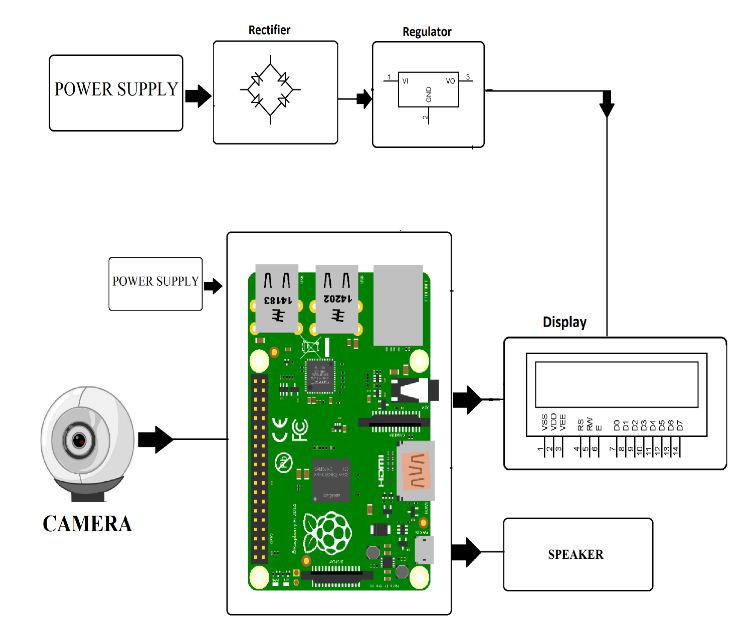