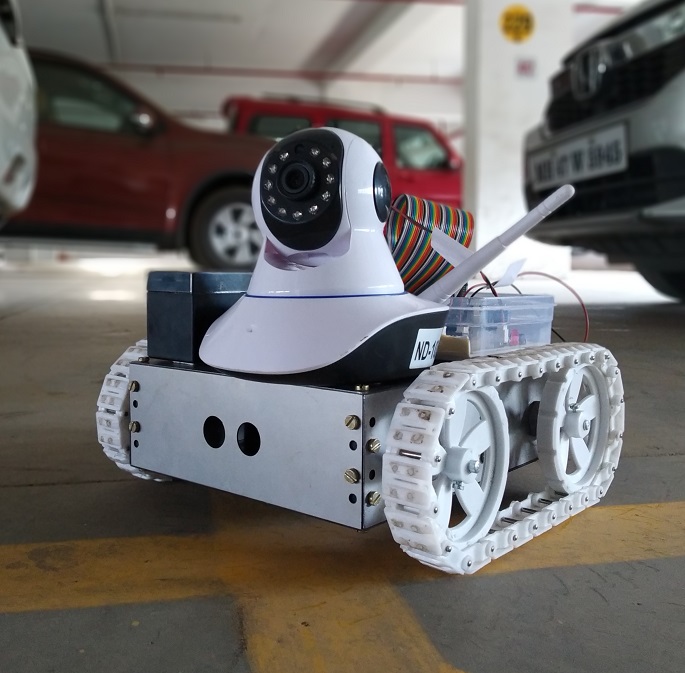 There is a huge need of security most especially in homes, work places, military area, borders. There has always been a high demand for security systems that could protect man, property, boundaries of nations. This project aims to provide surveillance in highly sensitive areas like border areas, terrorist hotspots without having to risk human life for the same. In this project, we use a raspberry pi which is controlled via an Android Bluetooth app and a 360-degree night vision camera for surveillance purpose. The camera provides a live stream of the video that it captures which can be seen in an android app as well. The App for the camera also a complete 360-degree rotation providing complete surveillance, also featuring provision saving video as well as the audio. The Spy robot chassis powered by a Raspberry Pi is interfaced with a Bluetooth module that communicates with an android app which sends direction controls to the chassis.