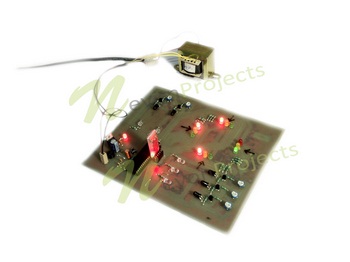 IR Based Traffic Density Detection And Signal Adjustment project mainly aims to reduce traffic problems which is the main issue today in most of the parts of the world. Traffic problems is major in cities and also leads to pllution and a lot of fuel consumption. Today the traffic signals are based on timing mechanism which does not solves the issue of traffic much. So as to reduce this problem to greater extent, this system adjust the traffic signals based on the intensity of the traffic. Thus by adjusting the traffic signals based on the traffic density, this sytem hels to avoid fuel and time wastage. This system makes use of PIC microcontroller and an IR sensors. These IR sensors are used for line of sight object detection via which the system gets to know about the traffic density. The density is measured in three ways low, medium and high according to which the timings are allotted for signals. The timing overridden is done using Bluetooth technology in android device.