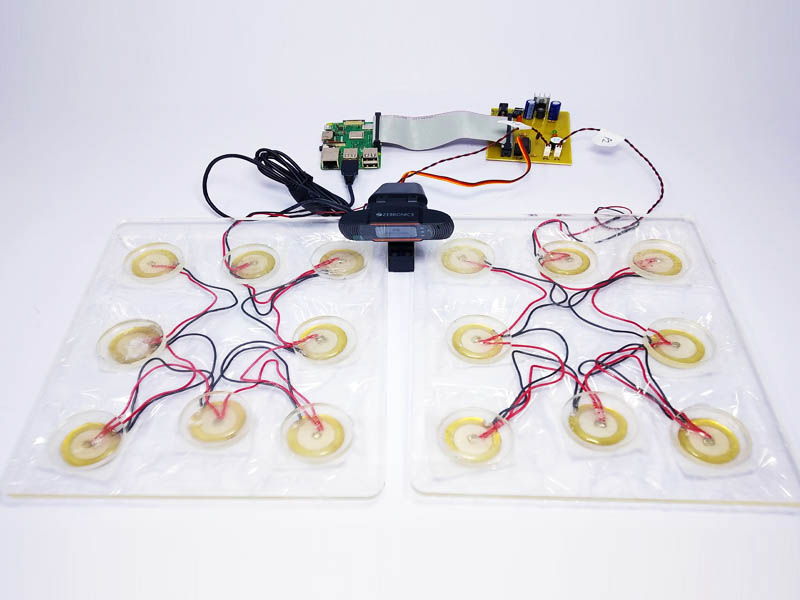 Security and safety have always become a basic necessity for the urban population. With the rapid urbanization and development of big cities and towns, the graph of crimes is also on the rise. The basic anti theft security systems that use sensors on walls or motion detection sensors can be avoided by using IR blocking clothes or hiding behind objects or simply identifying and disabling them. To secure and guard our house in our absence, we propose the IOT based Anti-theft Flooring System using Raspberry Pi. This system monitors the entire floor for movement. One single step anywhere on the floor is tracked and user is alarmed over IOT. This system is secure flooring tile connected with IOT when we go out of house, the system is to be turned on, then whoever comes inside the house it passes the information over IOT. This system powered is by Raspberry pi it includes, two tiles for demonstration purpose, Piezo sensor, camera, wifi modem. Whenever the thief enters in the house, and steps on the floor immediately it is sensed by the sensor which passes on the signal to raspberry pi controller. The controller in turn processes it to be valid signal and then moves the camera to the area where movement was detected and then transmits it over the Internet for the home owner to check the image. We here use IOTGecko for the web based GUI of IOT system which sounds an alert and shows the image captured to user.