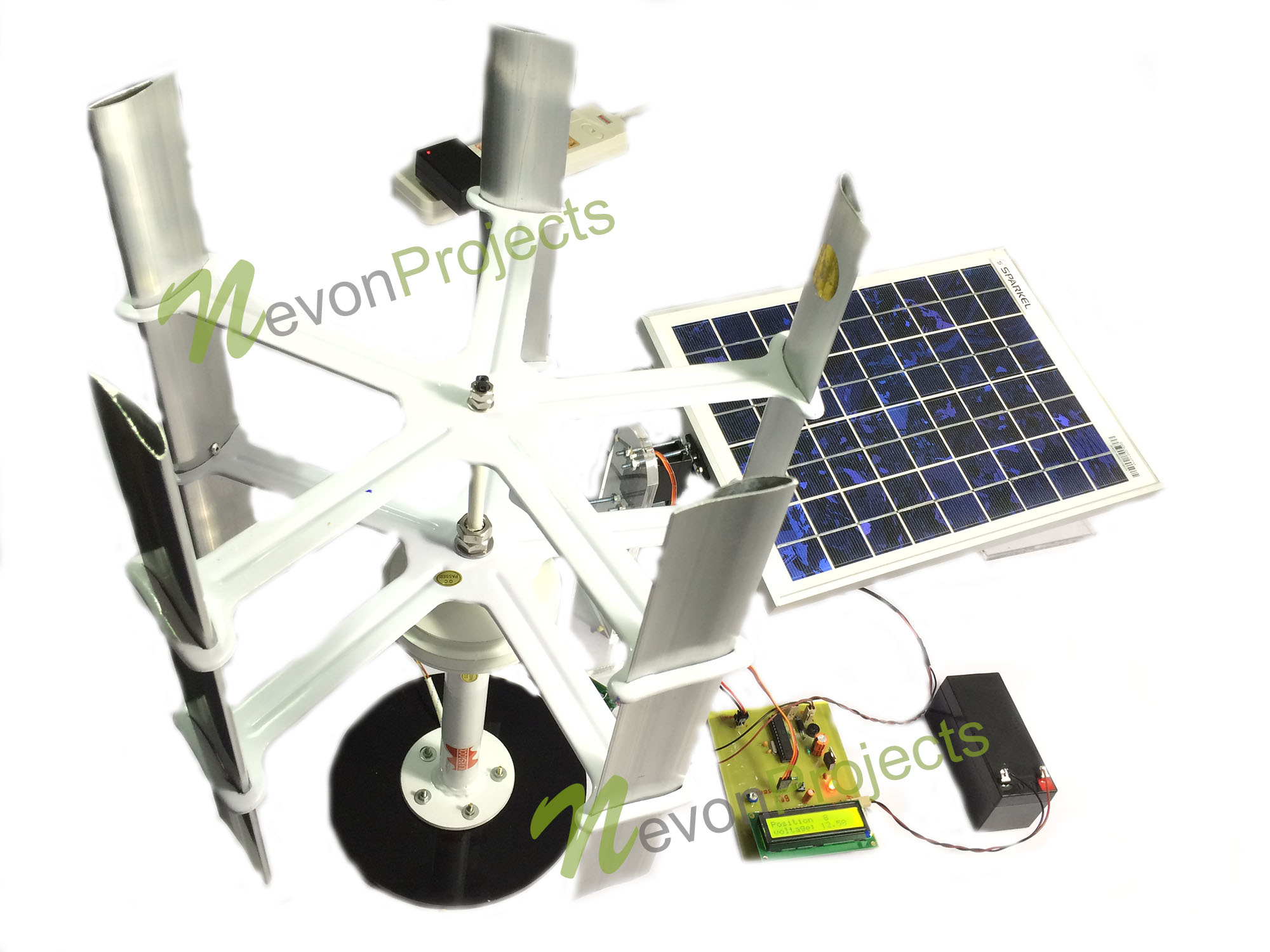 Renewable energy has been on an increasing demand in the recent due to over stress on non-renewable resources and their increasing cost. Thus producing electricity with the use of renewable resources like Wind and Solar has been taken up in this project. A Windmill, which rotates when there is enough wind, generates electricity owing to magnetic coupling between the rotating and stationary coil. A horizontally rotating prototype of Windmill is being used in this project. Silicon based wafers which are cascaded together to form a Solar Panel is being used in this project to generate electricity. Dual Power Generation Solar + Windmill System harnesses both the Solar and Windmill i.e, Wind Turbine Generator to charge a 12V Battery. The System is based on Atmega328 microcontroller which smartly senses and charges the battery while displaying the voltage on the LCD. The Windmill, when in enough wind to drive it, generates power enough to charge a battery. Similarly, the Solar Panel which is mounted on a rotating panel which sets itself to maximum exposure of the daylight to generate energy enough to charge the battery. Since both of them simultaneously can work in favorable natural conditions, both can charge the battery at a faster pace than they would had individually. Thus this project is an example how natural resources can be efficiently harnessed to produce electricity at a faster pace and cheaper rate. 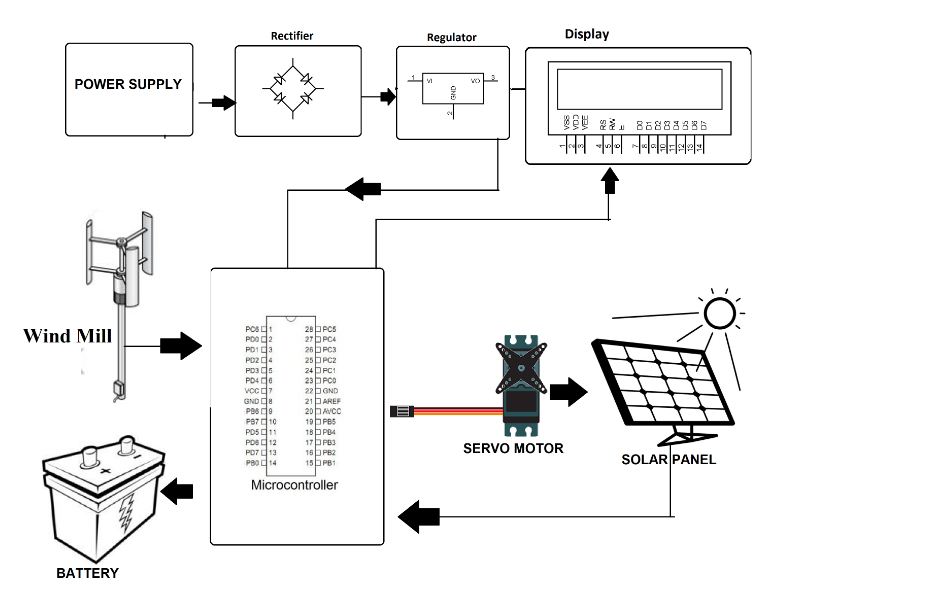