The project is a speed checker system that can detect rash driving and any kind of speed violation on highways and alert the traffic authorities. The conventional system uses a handheld radar gun which is aimed at the vehicle to record its speed and if there is any speed violation, nearest police station is informed. This process involves a lot of time consumption. Hence the proposed system is used to check the speed by calculating the time taken to travel between two set points at certain distance.
An IR transmitter and a receiver are installed on the set points on either side of the road. A control unit calculates the time taken by the vehicle to travel from one set point to other and calculates the speed that is displayed on seven segment display. If the calculated speed limit exceeds the set speed, a buzzer is sound which alerts the road transport authority. 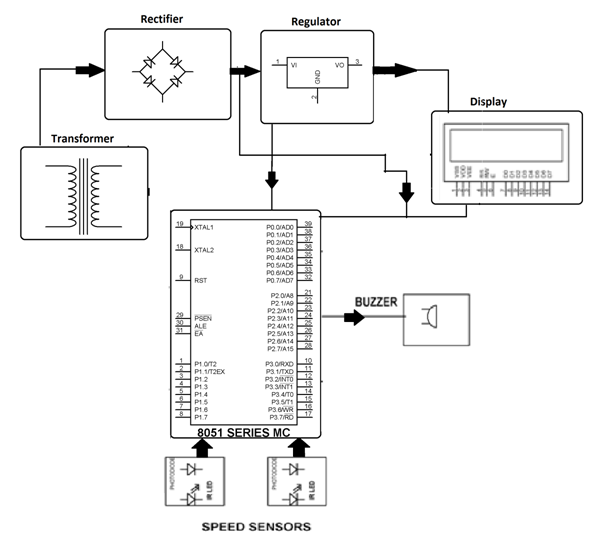