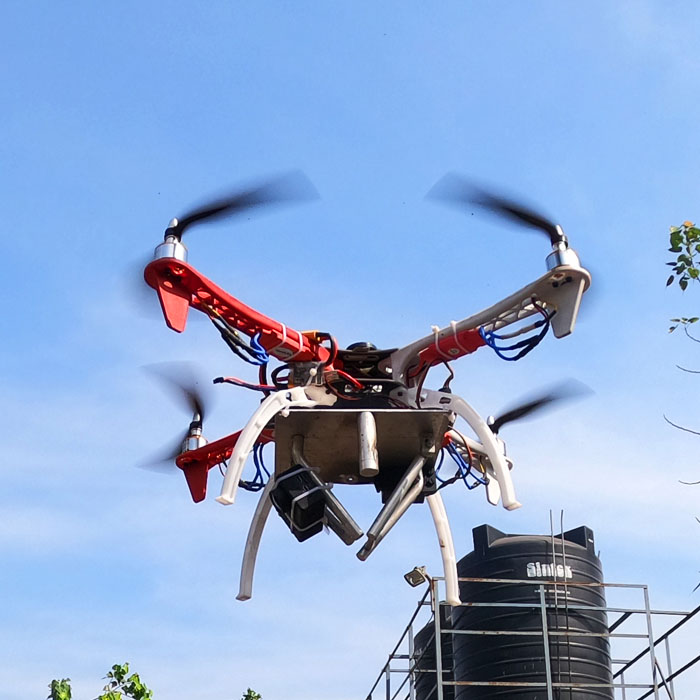 In riot people violently throw stones and set buses on fire. To control such situations police and armed force is appointed. They have used lathis or batons, water cannons and teargas to disperse an unlawful assembly. Tear gas is sometimes difficult for policemen to execute, it can’t be thrown from long distance or it becomes difficult to go between the aggressive crowd throwing stones, to overcome such problem this Anti- Riot Drone will help armed forces to control riot crowd. Our project consists of a receiver and a RC transmitter remote. The drone is controlled by the RC remote, this transmitter sends wireless commands to the receiver, by pressing another button of the remote and the receiver will start the camera and stream the live video on the screen wirelessly. One joystick on the remote controls the direction of the drone (forward, backward, left & right). The other joystick is used for altitude control, it controls how high the drone flies. Using a button, the remote we control the dropping of the tear canister. In this system, the drone will have an assembly to carry the tear gas canister. When the drone approaches the crowd the security person controlling the drone will press a button on the remote which will cause the smoke canister to ignite. Thus, activating the tear gas canister which will be dropped on to the crowd using a servo mechanism.

Note:
1. The Project kit does not include battery. Please consult with our sales executives about battery specifications.
2. You need a written permission from your college/university/government authority to purchase this kit due to security concerns. 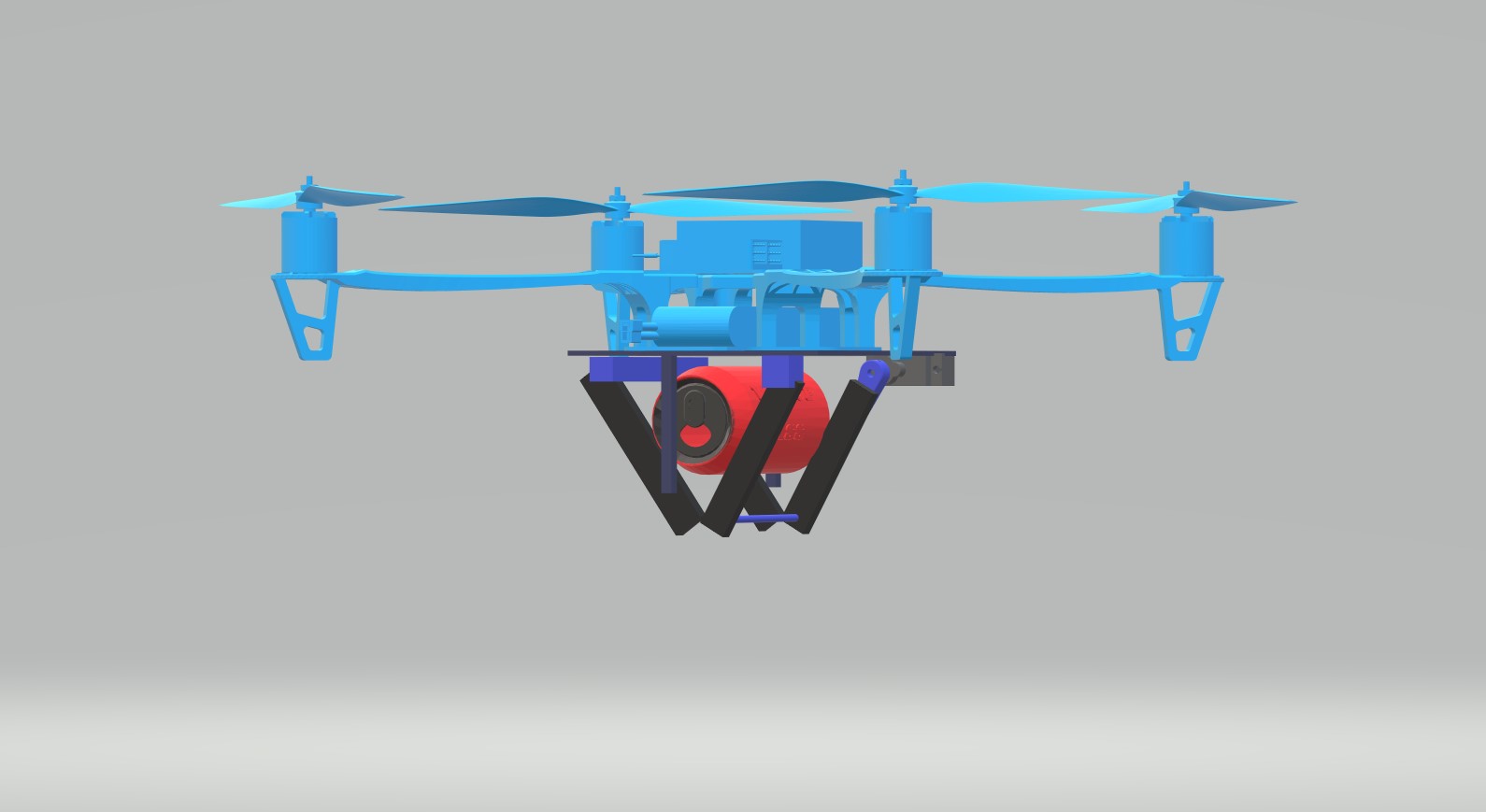 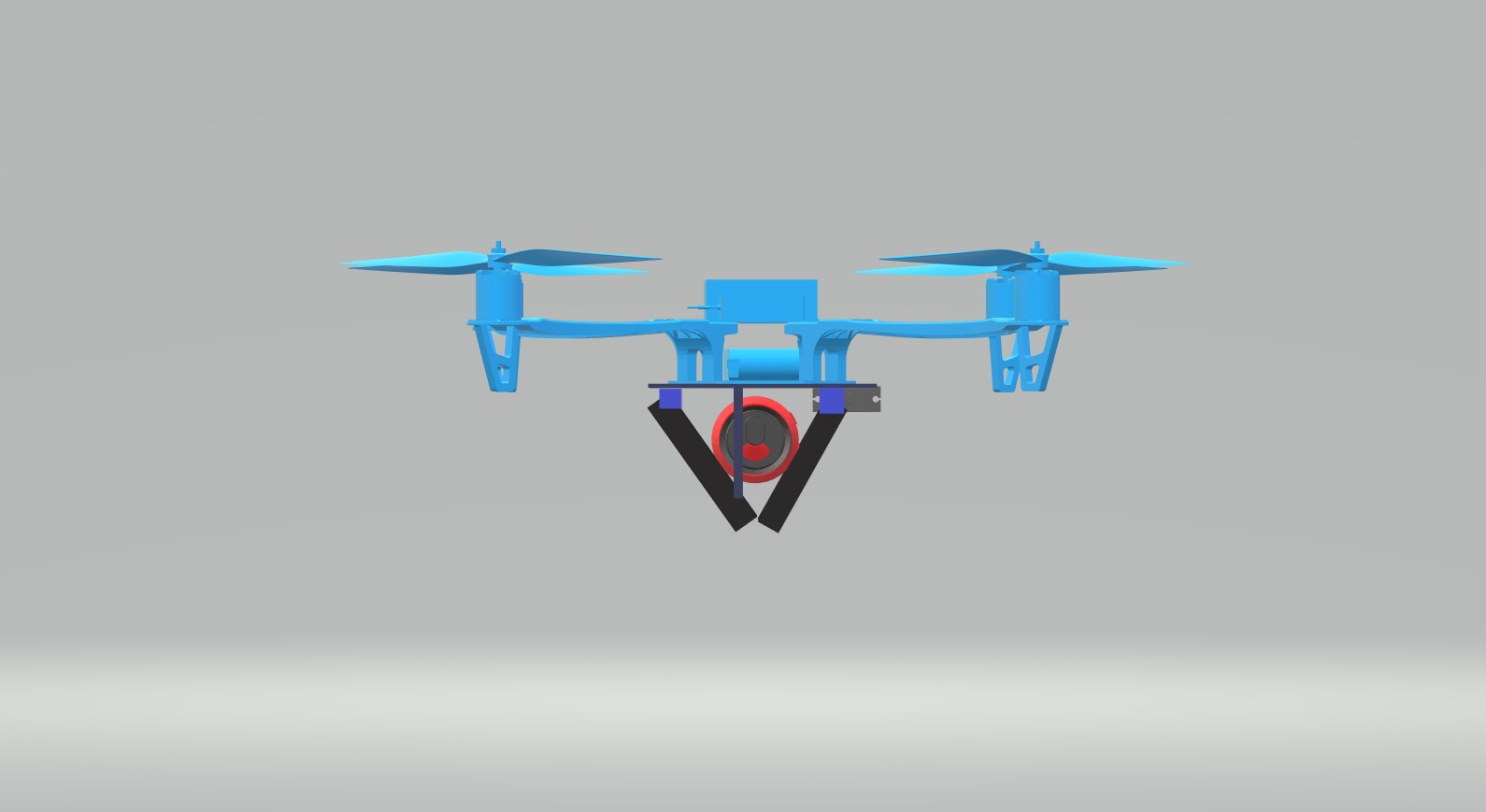