Electric cars have already hit the roads and have marked the beginning of electric vehicle era.
Here we design an improved electric vehicle that is made to tackle urban traffic problems and also provide accurate speed control without gearing system. Also it is a zero emission, earth friendly vehicle. Our proposed vehicle has been designed on an android interface and demonstrates accurate speed controlling as well as easy turning functionality for electrical vehicles using four motor drive system. Here we use an android device interface to control the vehicle. The device allows the user to send commands through an android device via Bluetooth connection. The circuit system consists of a Bluetooth receiver connected to ARM cortex. The ARM is also interfaced to four motors, and uses a battery to supply 12V power supply. On receiving the commands the ARM processor processes user sent instructions. If turning instructions are found the system turns vehicle with synchronized speed at regular RPM. Also for directional movement commands it operates motors to achieve desired motion. When user varies the speed of motors, the board varies PWM signals to be sent to each motor. Based on user commands the processor simultaneously sends PWM signals to operate individual motors with desired speeds and achieve desired movement. 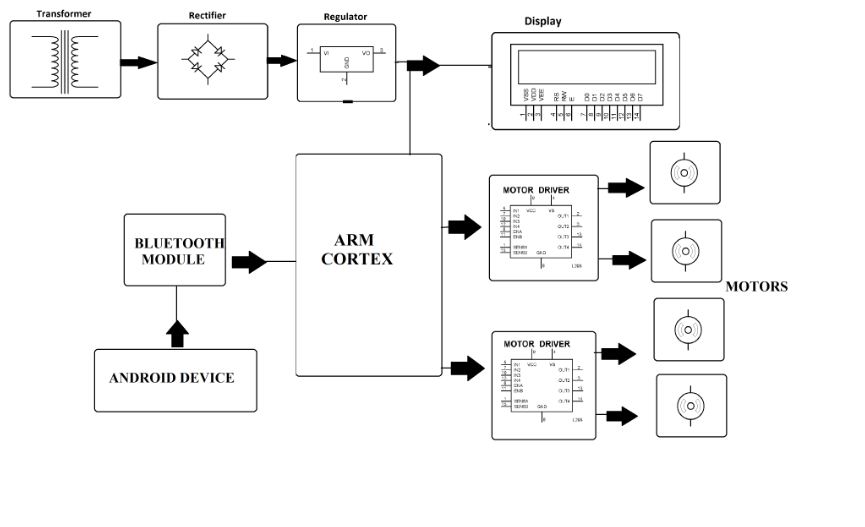