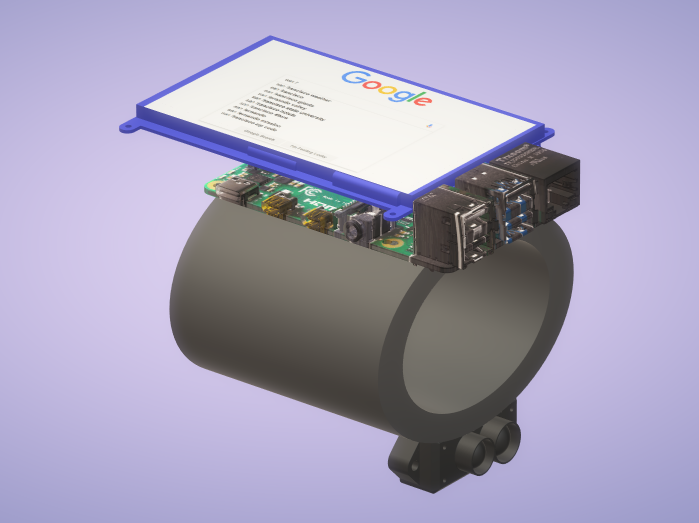 Computers have grown to be a vital part of human ecosystem. Mobile phones have also evolved to provide increased computing power and applications over time. Also we have a generation of smart watch era with watches evolving to show fitness data and other details along with time.

Well we hereby take smart watches to the next level by developing a smart watch that is literally a wearable computer. A touch screen based computer that is not at your home, not in your pocket but right on your wrist. It also has an integrated contactless temperature sensor for measuring anyone’s temperature anytime. Also we add a contactless lidar distance sensor to it which also allows user to measure anything anywhere.

The wearable computer is developed using a Raspberry Pi controller with a battery, touch screen display, lidar sensor, temperature sensor all together mounted in a compact way over wrist strap. This makes a smart, easy to carry wearable computer.

The display is used to interact on the computer. We hereby install linux operating system on a raspberry pi controller. This allows the user to use all linux features including file storage and retrieval, tools and browser on the raspberry Pi. We integrate the touch screen display to allow user to easily interact with windows system. We use internal raspberry pi wifi module to connect with the internet.

We now integrate a contactless temperature sensor with the raspberry pi controller. We develop a program to fetch the sensor data and display current temperature on the display. Also if the temperature is above threshold level indicating fever it displays an alert.

Also we integrate a Lidar sensor with the raspberry pi controller and mount it on the wrist watch. The Lidar is used to transmit distance data captured using the laser return time using sensor module. This data is then displayed on the display in the program that we create to show live data. This can be used to measure object length, width, heights as well as other measurement applications. 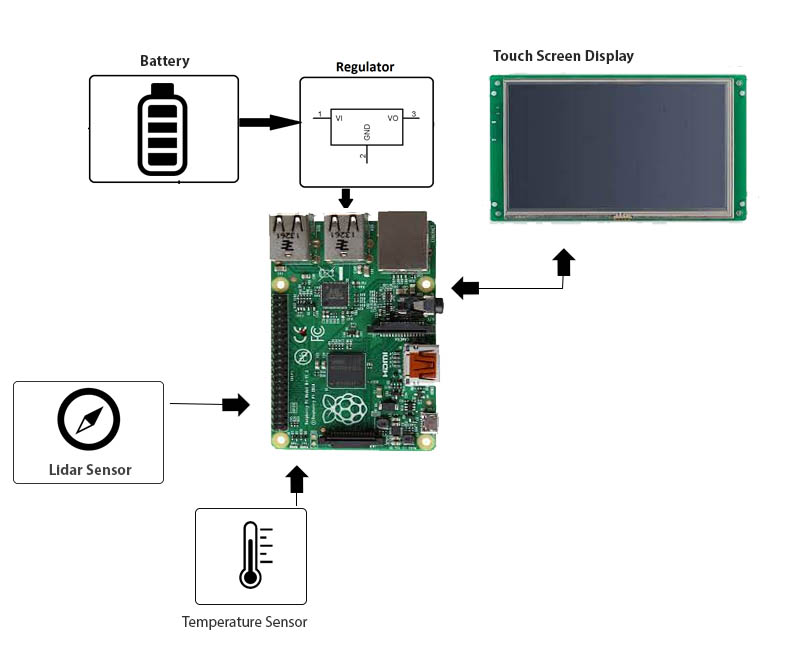 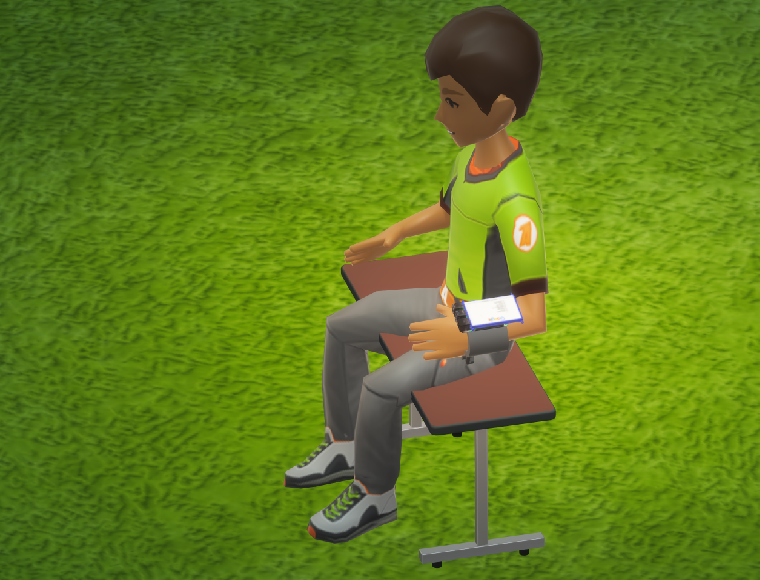