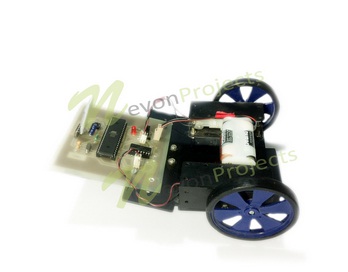 This project Voice Controlled Robotic Vehicle helps to control robot through voice commands received via android application. The integration of control unit with Bluetooth device is done to capture and read the voice commands. The robotic vehicle then operates as per the command received via android application. For this 8051 microcontroller is integrated in the system which makes it possible to operate the vehicle via android application.
The controlling device may be any android based Smartphone/tab etc having an android OS. The android controlling system provides a good interactive GUI that makes it easy for the user to control the vehicle. The transmitter uses an android application required for transmitting the data.
The receiver end reads these commands and interprets them into controlling the robotic vehicle.
The android device sends commands to move the vehicle in forward, backward, right and left directions.
After receiving the commands, the microcontroller then operates the motors I order to move the vehicle in four directions. The communication between android device and receiver is sent as serial communication data. The microcontroller program is designed to move the motor through a motor driver IC as per the commands sent by android device. 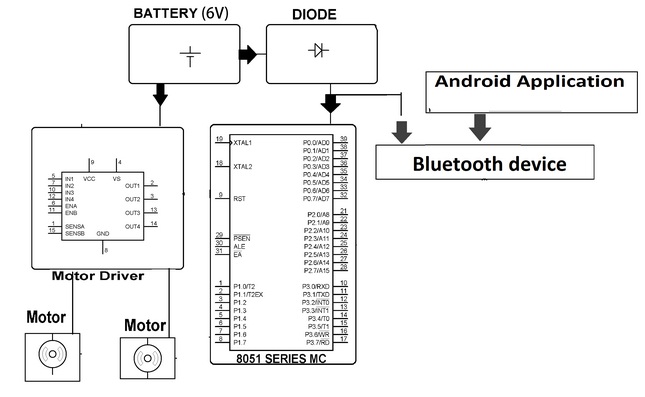