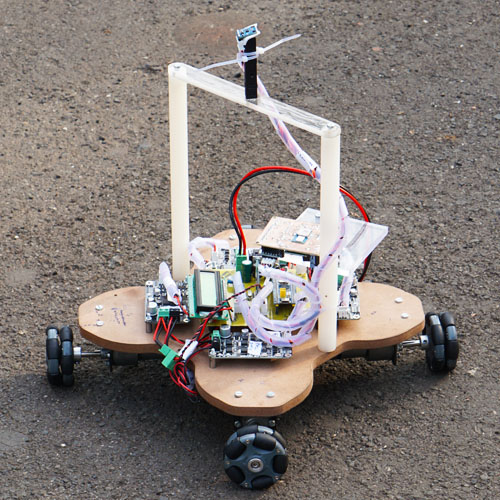 GPS can be used for navigation but GPS systems have an accuracy of 20 – 50 meters. This makes automatic and accurate navigation in robots impossible using GPS technology. Moreover there is a GPS network issue in Indoor environments.

So here we develop a unique indoor mapping system that makes use of RF based ranging system to allow a robot to navigate its way with accuracy indoors. This can be used in a wide variety of applications using warehouses, shopping centers, shops, industries, restaurant waiter robots and many more.

The system when started powers on 3 x DWM 1000 ranging sensors mounted on 3 Poles to form a grid. DWM1000 module is based on the DW1000 ultra-wideband (UWB) transceiver IC, which is an IEEE 802.15.4a UWB implementation. It integrates antenna, all RF circuitry, power management and clock circuitry in one module. It can be used in two-way ranging or TDOA location systems to locate assets to a precision of 10 cm and supports data rates of up to 6.8 Mbps.

Once the Grid is active the robot can now move as per user specified coordinates. We make use of an android app to transmit the movement coordinates to the robot. The robot receives the user sent coordinate using a Bluetooth module and then the controller processes these coordinates.

Now as per the received coordinates received the robot needs to reach those coordinates on the actual grid. The robot is also equipped with DWM1000 ranging sensor module. The module is used to monitor the range of each node (Grid poles) from the robot. Bases on this range the robot navigates to desired coordinates. The robot controller constantly processes the range of each node module to move. The robotic vehicle is equipped with a Magnetometer to get a sense of heading direction. Also is has mecanum wheels for easy and accurate turning movement.

The robotic vehicle is run by an STM342 controller that operates 4 x DC motors using Motor drivers to achieve movement. Each pole node is equipped with a DWM1000 module with an arduino pro mini controller. And 3 of these are controlled by another Pro mini controller. Thus the system establishes an Indoor positioning system using RF Ranging System. 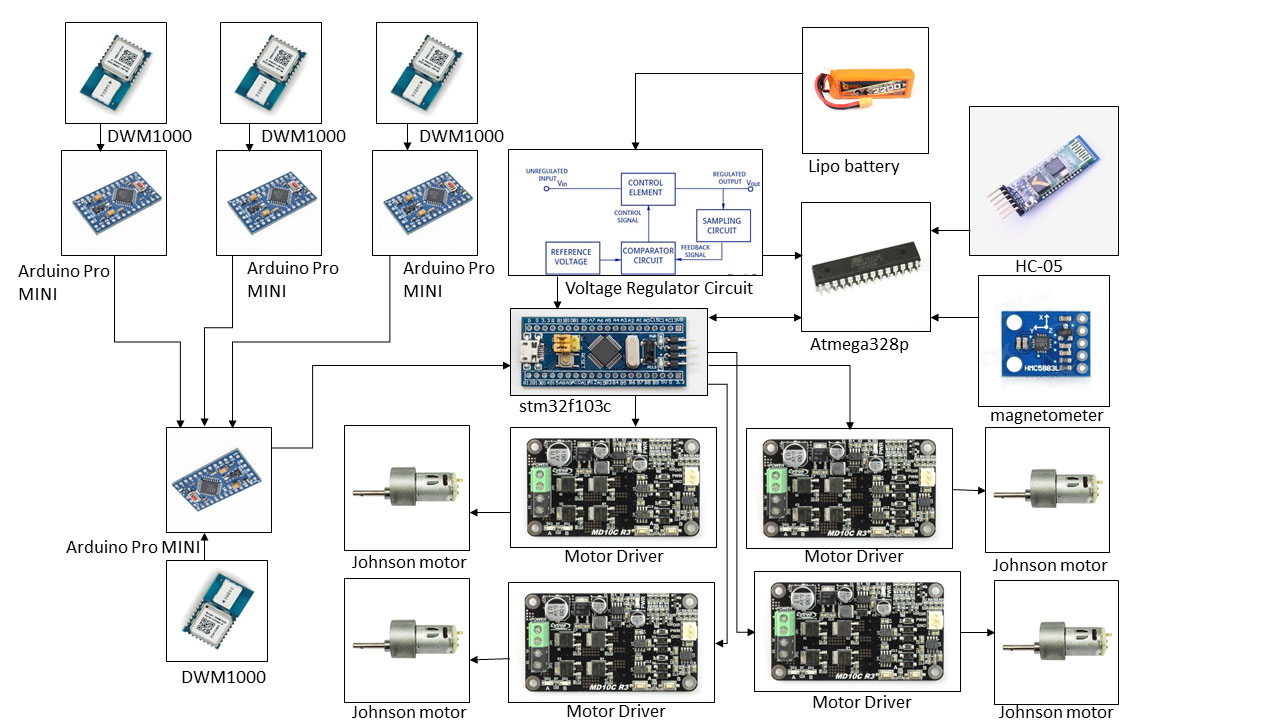