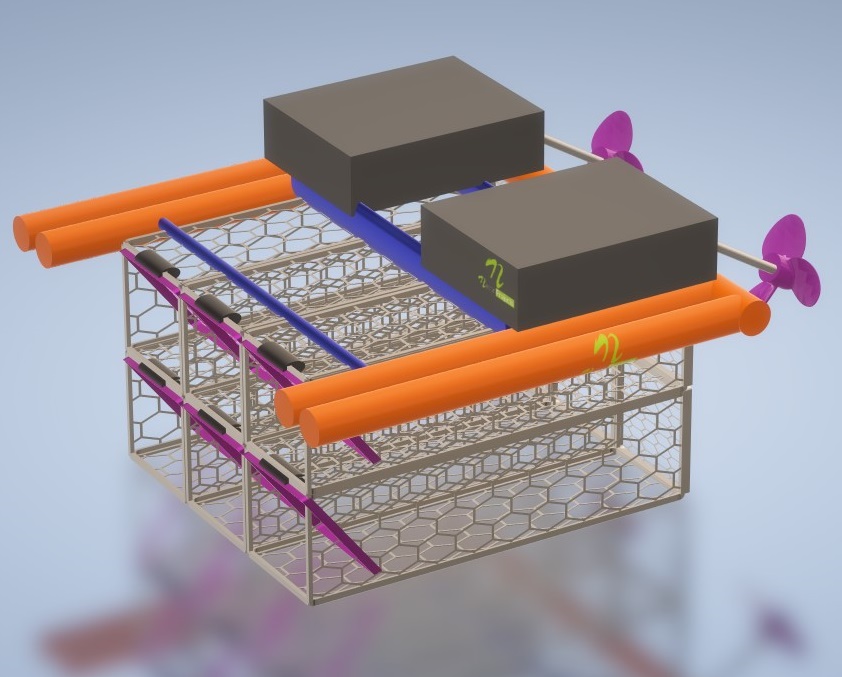 Scientists estimate about 50 – 80% oxygen produced on earth comes from the oceans. Majority of this is done by ocean plankton, algae, bacteria and other plant life in our oceans. Also of all the carbon dioxide (CO2) released in the air, 50% stays in the atmosphere, 25% is absorbed by land plants and remaining 25% by oceans. As we know of plant and animal life cycles on land, similarly fish and plant life cycles are codependent to maintain plant life in sea.

Sustainable fishing and control on water pollution is of key importance to ensure our oceans remain in a healthy state. The current population demands have led to overfishing in the oceans leading creating the following problems:

As per reports the greatest contributor to sea pollution are fishing nets. Every year over 6,40,000 tons of fishing net and equipment is dumped in our seas which is equal to 55,000 double decker buses. A huge amount of sea turtles, sharks and other fish regularly die due to entanglement in such discarded nets. Moreover the micro plastics from these sea nets continue to kill whales and other fish in the sea. As per an estimate we have 14 million tons of microplastics on ocean floor.
Reference Link: https://www.theguardian.com/environment/2019/nov/06/dumped-fishing-gear-is-biggest-plastic-polluter-in-ocean-finds-report
Video Link: https://www.youtube.com/watch?v=3wFR5kkmggo

In the fishing industry bycatch stands for unintentional fish caught while catching some other type of fish. For example a turtle caught in a fishing net set to catch tuna fish is a bycatch. As per estimates the bycatch ratio is 40% globally which totals to roughly 63 billion pounds per year. This means we kill and throw away 63 billion pounds of fish unintentionally while catching our target fish as a collateral damage.
Reference Link: https://oceana.org/sites/default/files/Bycatch_Report_FINAL.pdf
Video Link: https://www.youtube.com/watch?v=bjFSgr_B38I

Overfishing happens when we fish too many fish at a time that the remaining fish population of that particular fish is not enough to breed and recover their normal population. This leads to gradual reduction in the population of a fish species until one day it goes extinct.
Video Link: https://www.youtube.com/watch?v=eoc_pu9Tt2Y

Also other problems like bottom trawling are destroying the plant life at ocean beds by scraping the coral plants and sea life.
More Video Link: https://www.youtube.com/watch?v=1Q5CXN7soQg

Well we here design a solution to all these problems by suggesting a different more sustainable approach to fishing. Rather than using large fishing boats with plastic nets, we develop an aluminium caged drone that can only trap small fish as per desired fishing size and let go larger fish as well as smaller fish which are not to be trapped. This approach makes use of many smaller fishing drones rather than large fishing nets and heavy trawlers.

The RC fishing drone delivers a load of advantages including:

The rc boat drone makes use of aluminium caged structures built as per the target fish size. This does not trap sea turtles, sharks, whales as the cage sizes are not large enough. Additionally the mesh size is also built to trap target fish but let go of smaller bycatch fish that was not supposed to be caught.

The RC drone has a camera mount that allows the user to view fish shoals underwater. Using this vision the user may operate the floating drone to run into fish shoals using rc remote controller and trap fish as desired. The rc drone has 2 x propellers to drive the cages onto fish shoals at high speeds needed to catch them. The commands sent by rc ransmitter by the user are received by the onboard controller and thus operates the propeller motors. The rc fishing boat drone can turn as well as move forward at good speed and achieve sustainable fishing operations.