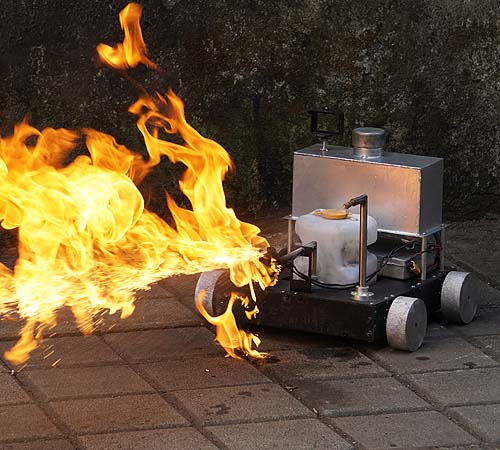 While the idea of throwing fire as a weapon has fascinated mankind since ancient times, the design of the modern flamethrower wasn’t perfected until the first world war. Originally developed as a weapon of war, the flame thrower witnessed a lot of use in both the world wars and many more combats worldwide.
After being outlawed for military combat, flamethrowers have found applications in sectors such as agriculture and fire fighting. In order to prevent wildfires from breaking out in dense dry forests, firefighters often create a controlled burn to reduce the hazard of a disastrous fire blazing through the jungle and destroying the ecology.
Farmers and cultivators have also been known to make use of fire for clearing land for agriculture, stubble burning and more recent applications of Flamethrowers even include weeding. Despite, all it’s uses, conventional flame throwers are heavy and might even pose a risk to the operator.
This Flamethrower RC Robot with inbuilt extinguisher has been specially designed to help with creating controlled fires while allowing the operator to remain at a safe distance of almost 20 metres.
Using an onboard petrol tank, this robot can throw flames and clear vegetation at the press of a button. This system even has a built-in extinguisher system comprised of a water tank and a nozzle that can throw a powerful jet of water in case the fire needs to be quelled.
Features:

The robot is controlled via an RC transmitter receiver unit. The RC remote allows user to operate robot movement as well as flame thrower and water sprayer via remote. User commands are wirelessly transmitted by the RC remote over RF. These commands are received by the RF receiver circuitry which are then passed on to the Atmega microcontroller. The microcontroller processes this data and then controls the DC motors via motor drivers to achieve robot movement as per user commands.

The robot uses 2 different liquid containers. 1 for water and the other for petrol/inflammable liquid. When user operates the flamethrower the robotic vehicle pump motor drives petrol through the front pipe at the end of which we use an igniter to ignite it as soon as it sprays out. This allows for upto 4 feet flame throwing capacity. When user operates the fire extinguisher the robot operates other DC pump motor that drives out water from water tank through a separate nozzle at the top.

The robot body us a complete steel body that makes it flameproof. Also the robot uses metal wheels without any rubber so that it can operate through fires and protect the carried fuel from exploding. 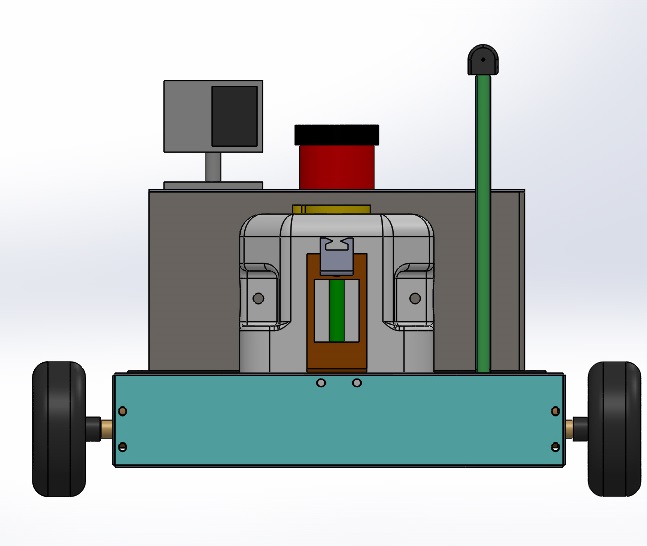 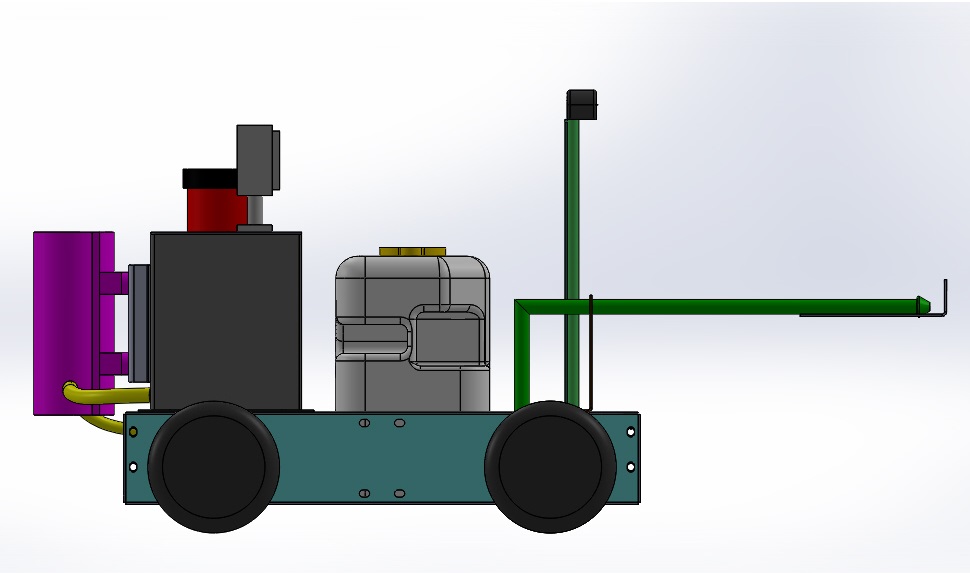 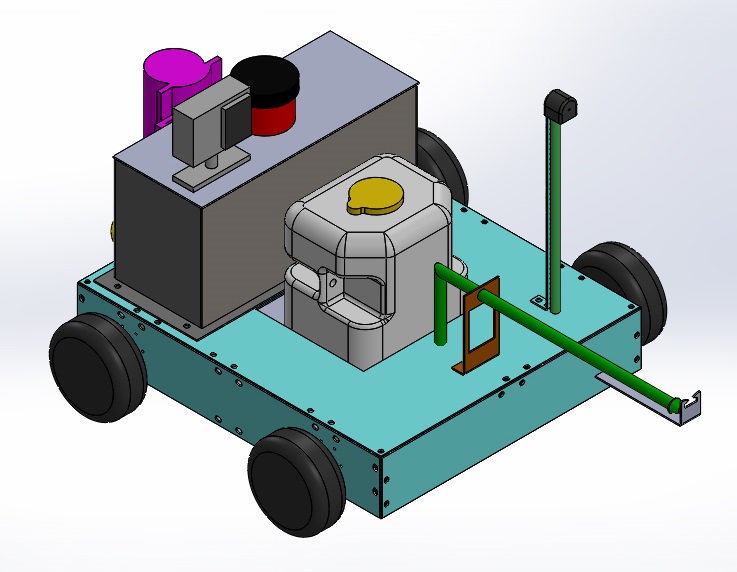