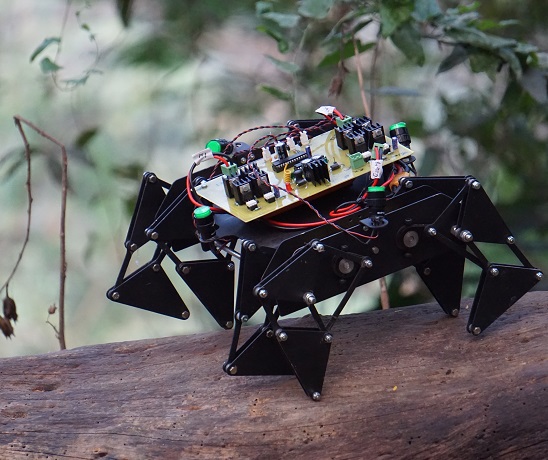 Theo Jansen is a renowned Dutch artist best known for his Strandbeest (Dutch for beach animals). These kinetic sculptures are designed to be a fusion of art and engineering. Inspired from nature and bearing an uncanny resemblance to the movement of animals, these mechanisms are built using an array of triangles and connecting links that convert the rotation of an axle into the stepping motion of six or more limbs. Moreover, since these mechanisms mimic the movement of animals, they are far more efficient compared to wheels when operating in sand and on rough terrain.
Designed to mimic the movement of arachnids, this eight-legged spider robot builds upon the ingenuity of the Theo Jansen Mechanism. This system uses a dual motor setup paired to six gears which in turn actuate the eight legs in synchrony. Its remote-control operation enables the operator to control this robot wirelessly. This system also has four 12v LED indicator lights on either side to signal its direction of movement.

The spider robot makes use of a kinematic motion that is run by theo jansen linkages. This allows to turn the rotational motion of a DC motor into a step motion that mimics animals. The robot makes use of 2 x DC motors o dive the mechanism. The motors are mounted on 2 opposite sides of the robotic chassis or main frame. The drive produced by the motors are used to drive a gear which in turn is connected to 2 more hears. The 3 gears are used to drive a combination of 8 legs.

The gear movement is converted into a stepping motion by making use of jansen linkages. This linkage structure allows to provide all direction motion to the combination of 8 legs. The robot can not only move backward and forward but also turn in desired directions. The spider controller is made using a microcontroller based circuitry. The user makes use of a remote controller with 4 x Push buttons. The push buttons when pressed send a particular direction command wirelessly. 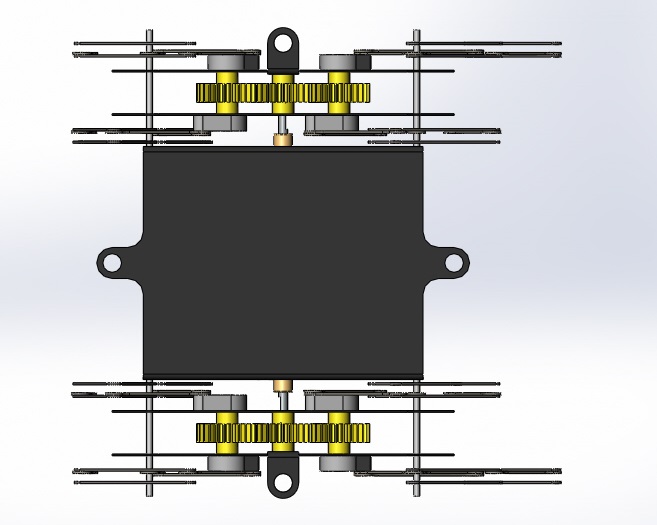 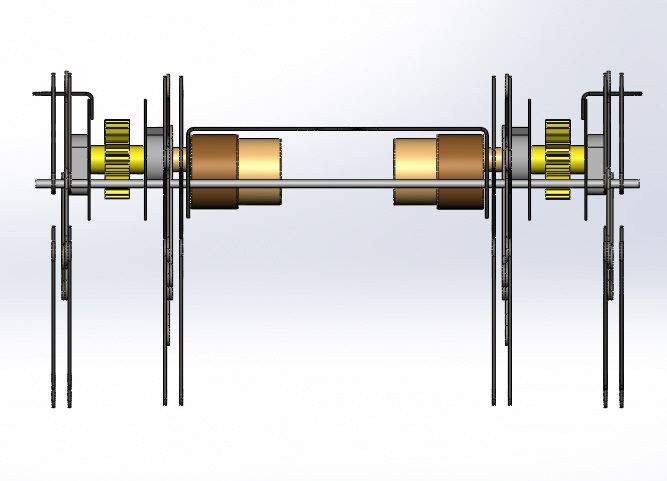 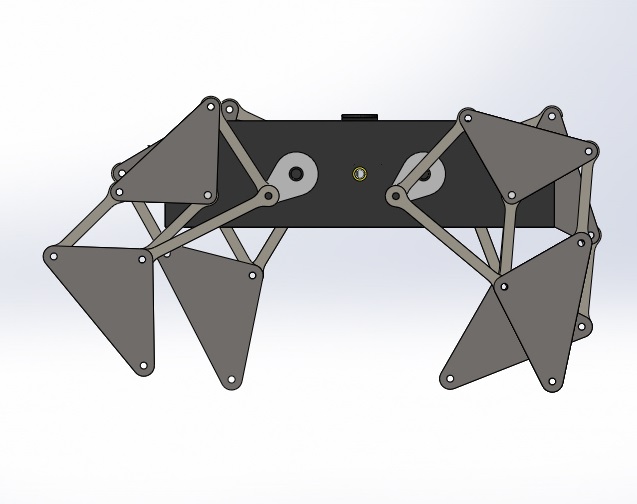 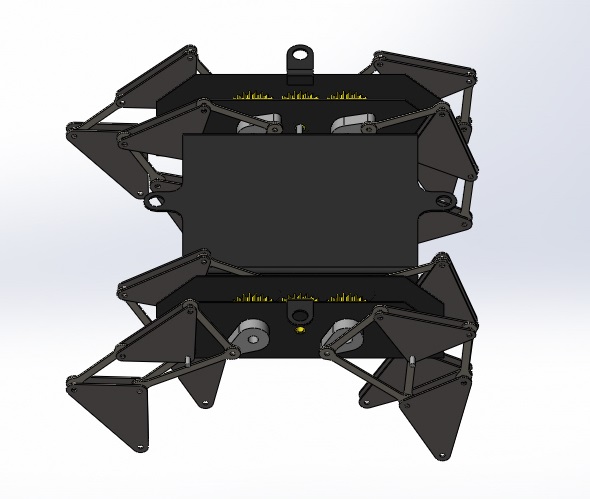