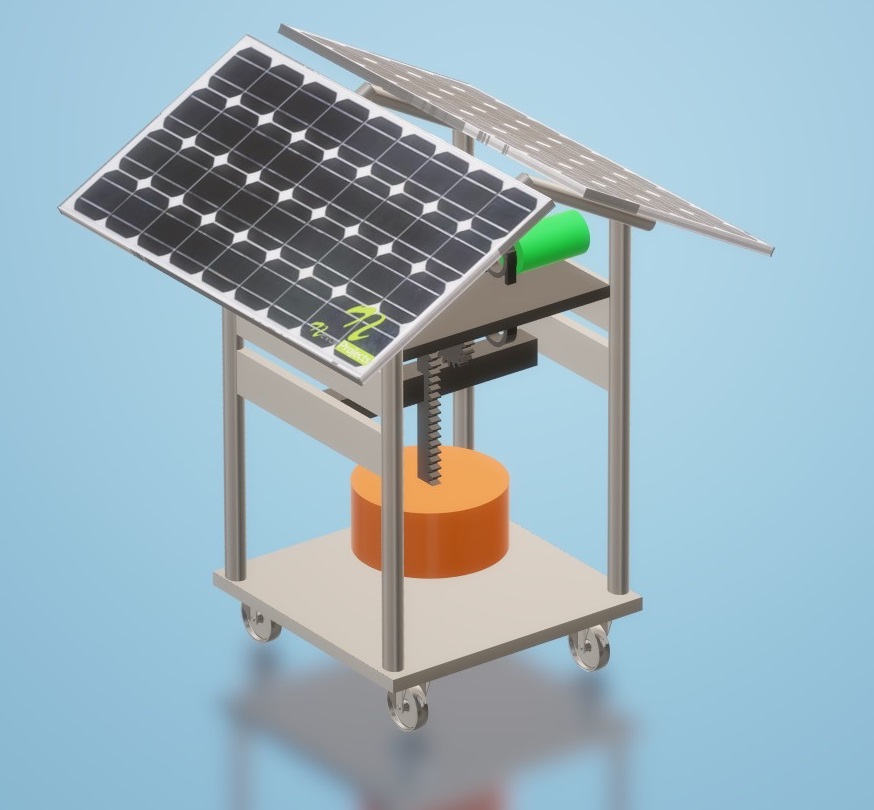 Well here we propose a dual power generator that utilizes solar as well as sea wave power to generate unlimited energy using sea waves. This system will allow us to utilize the third source of renewable power on planet earth using a specialized alternator based generator arrangement.

The Solar plus sea wave generator provides following advantages including:

The sea wave plus solar generator is one of a kind unique generator machine that makes use of 2 sources of alternative energy to generate electricity. The machine is includes a buoy that is used to float and move with the sea waves in vertical motion. The buoy allows to transfer sea wave power to the generator motor using a rack and pinion arrangement. The power transferred to this shaft is not transferred to motor using a pulley system for efficient power transfer.

The machine uses a second power source that is solar to generate an additional 50 watt of power for a reliable power generation. The machine is made portable with wheel structure so that it is easily portable. Also the machine is designed using lightweight and rustproof materials to avoid rusting during usage in the sea. The machine can prove as a lifesaver as well as a reliable source of power supply to be carried by ships or backup generators on costal areas.