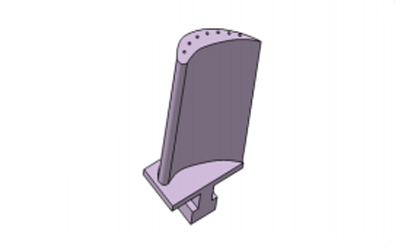 The rotor blade of the Steam turbine has been analyzed for the static and thermal stresses resulting from the tangential, axial and centrifugal forces. The Steam forces namely tangential, axial was determined by constructing velocity triangles at the inlet and exit of rotor blades. The rotary-wing was then analyzed for the temperature distribution. For obtaining temperature distribution, the convective heat transfer coefficients on the blade surface exposed to the Steam. A steam turbine is an important functional part of many applications. Reducing the stresses and increasing fatigue life is the major concern since they are in a high-temperature environment. Various techniques have been proposed for the increase of fatigue life and one such technique is to have axial holes along the blade span. A finite component analysis is used to research thermal and structural performance because of the loading condition, with material properties of structural steel. The finite element analysis of a gas turbine rotor blade is carried out using 20 nodes brick element. Static and thermal analysis is carried out. The temperature contains a vital impact on the general stresses within the rotary engine blades. Thus, blade with 2mm hole is better for suing because the stress obtained is less and the number of cycles increased when compared to blades with 2, 3and 4mm holes. 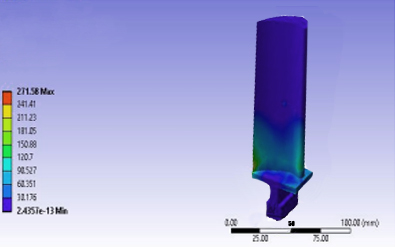