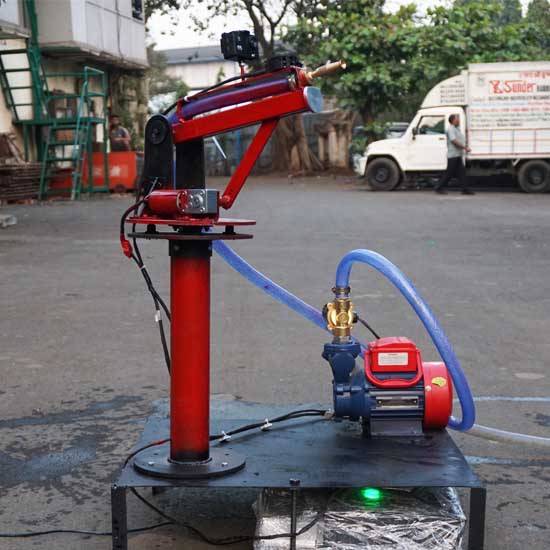 Large factories, warehouses, and industrial production facilities always run the risk of fires breaking out. Lack of appropriate firefighting measures could result in disastrous consequences and along with financial losses and might even lead to massive loss of human life. Usual fire protection systems installed in buildings have the following disadvantage

Fire monitors and sprayers are an aimable and controllable high-capacity water jet used to deal with large fires. Unlike Fire extinguishers, Fire Monitors are permanently installed and cannot be moved. While traditional fire monitor systems need a human operator to change the direction of the water jet and aim it appropriately, this fire monitor has been equipped with RF control and an onboard camera. Thereby allowing the user to operate it from a safe distance.

The system makes use of 2 x Motors coupled with a powerful sprayer motor with piping system and onboard wireless streaming camera to run this system. The 2 motors are used to control the nozzle direction movement. The user may use a wireless remote to transmit movement commands. The receiver circuitry mounted on system receives users commands and operates the motors to achieve desired motion. Also the receiver operates the pump motor to start and stop the spray.

The sprayer nozzle can also be adjusted to adjust the water spray outlet. The sprayer mechanism is built to operate in a 2 DOF operation to adjust position in x and Y directions and achieve a 360 Degree water spray coverage. 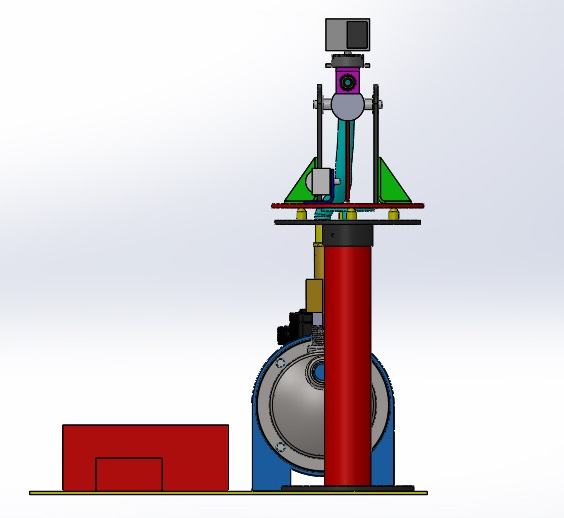 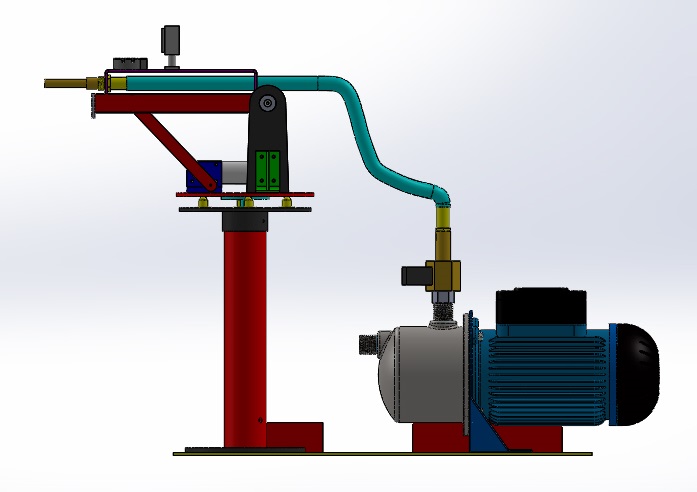 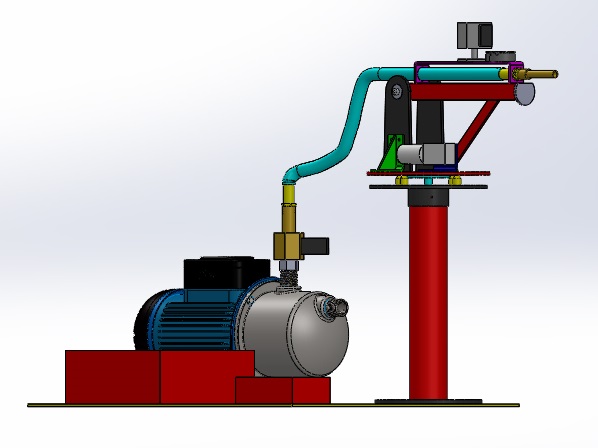