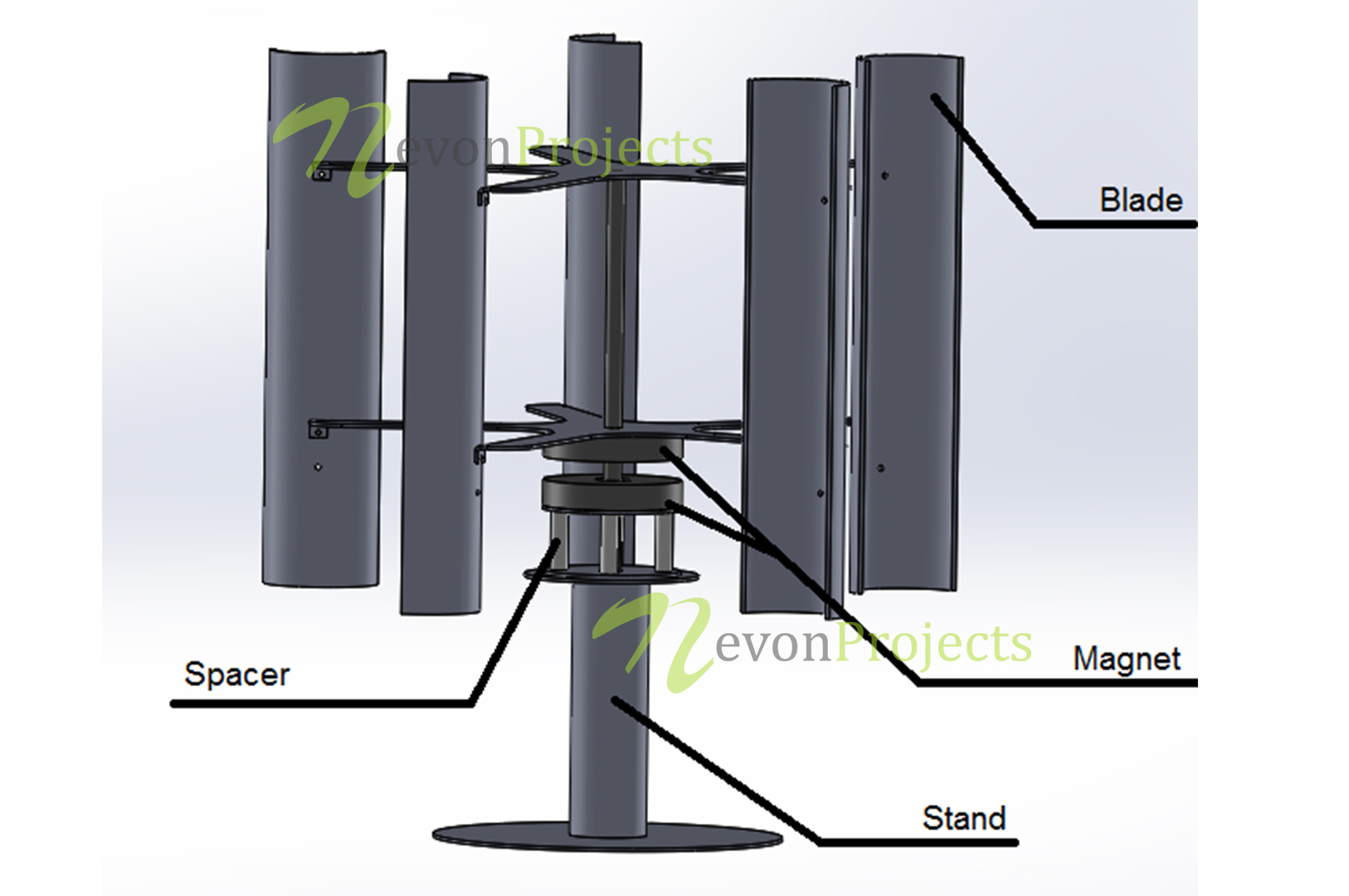 In the recent year, the significance of wind generation is found to be multifold due to huge demand and supply gap in electrical energy system. Maglev wind turbines have several advantages over conventional wind turbines. For instance, they’re able to use winds with starting speeds as low as 1.5 meters per second (m/s) because of negligible friction achieved with the help of magnetic levitation created and due to the assistance from magnetic field. Also, they could operate in winds exceeding 40 m/s. Hence maglev wind turbine has a great future potential in terms of energy generation. In this respect the current project work would like to address certain design issues and proposes to design , fabricate and test a prototype of magnetically levitated vertical axis wind turbine providing stated advantages, the prototype will be fabricated and tested for the outcome.