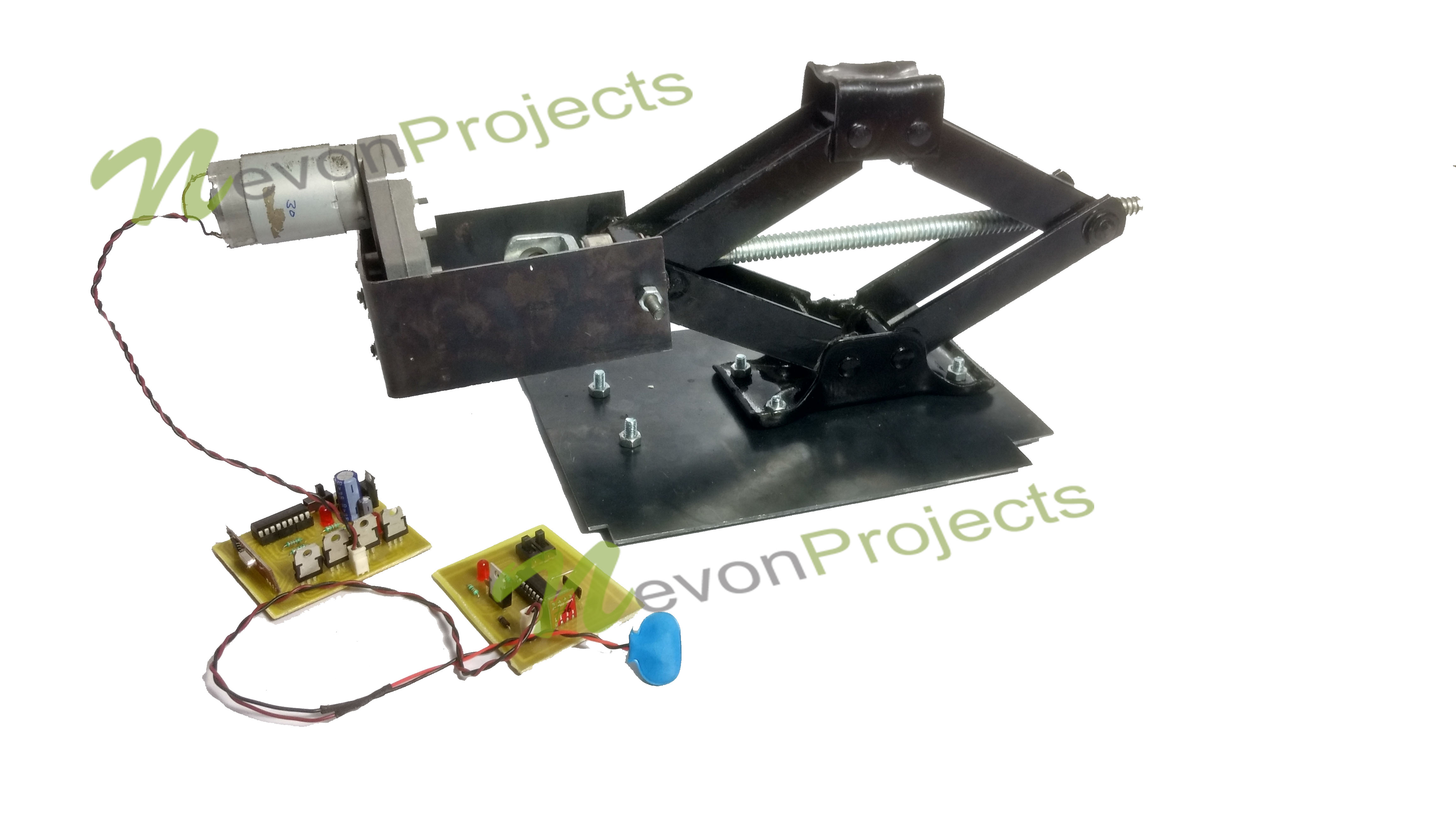 A Scissor jack is mechanical equipment used to lift up heavy loads. The power screw mechanism included in a scissor jack is design to lower the amount of force needed to lift the heavy loads. The operation of a scissor jack starts by using a z shaped crank that is mounted to a small hole on the mechanism. After rotating the crank, the screw jack rotates and acts like a gear mechanism. The lifting section consists of arms. The turning of screw operates the arms in such a way that it lifts up very gently. Now the arm rotates very gently and force needed to lift the vehicle is divided into parts and user can lift very heavy objects with comparatively very less force. Also the weight of the load is not enough to push the scissor down, since it would require very large force. Thus it allows us to life heavy loads like cars by just using human strength, also the system is further improved by making it motorized so user does not need to operate it manually but just press a button for lifting and lowering it.