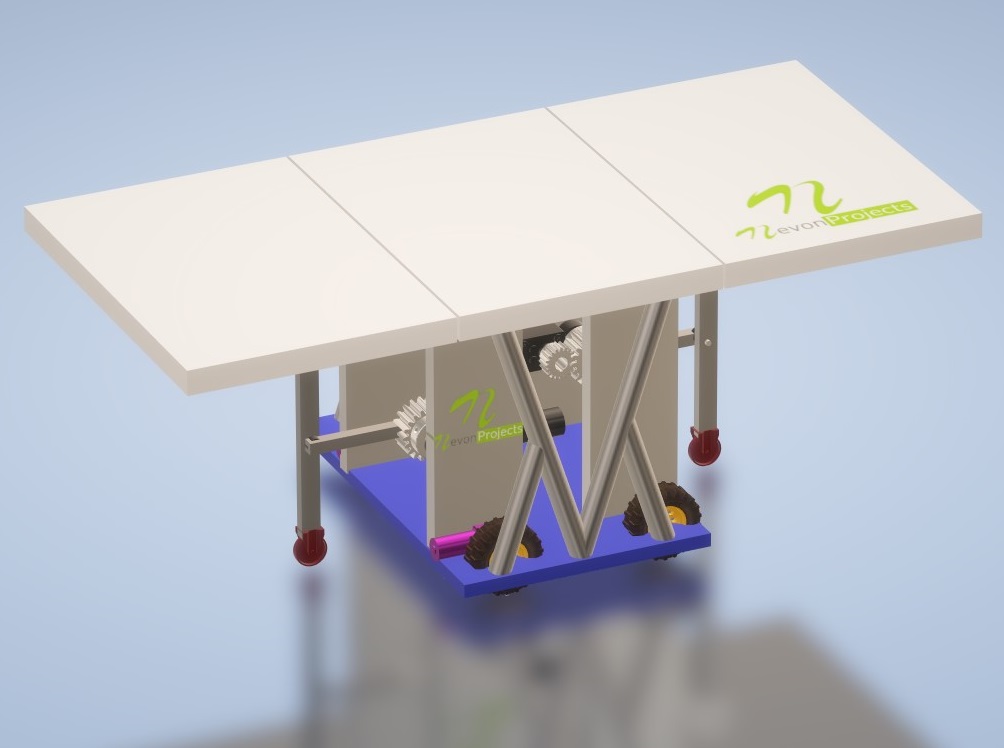 When user instructs then dining table to open the command is captured by the controller mic and processed. Now the system checks for obstacles on both sides o divide which side to open on. If the user command said open the table half, the machine will only open half table on the open side. It user command says open full then the table will move itself on the pen side and then open both the sides to serve as a full dining table.

This unfolding processes activates the motorized mechanism that uses a geared arrangement to move a connected rod to drive another support rod with a wheel arrangement to push the sides of the table into a horizontal alignment parallel to the centre table plate. This mechanism allows to open the table on both or any one side as needed.

The same mechanism is used to unfold the table and move back to the wall itself after folding so that it frees up the space. Also the unfolding happens simply on users commands, all user needs it to ask the dining table to close itself.