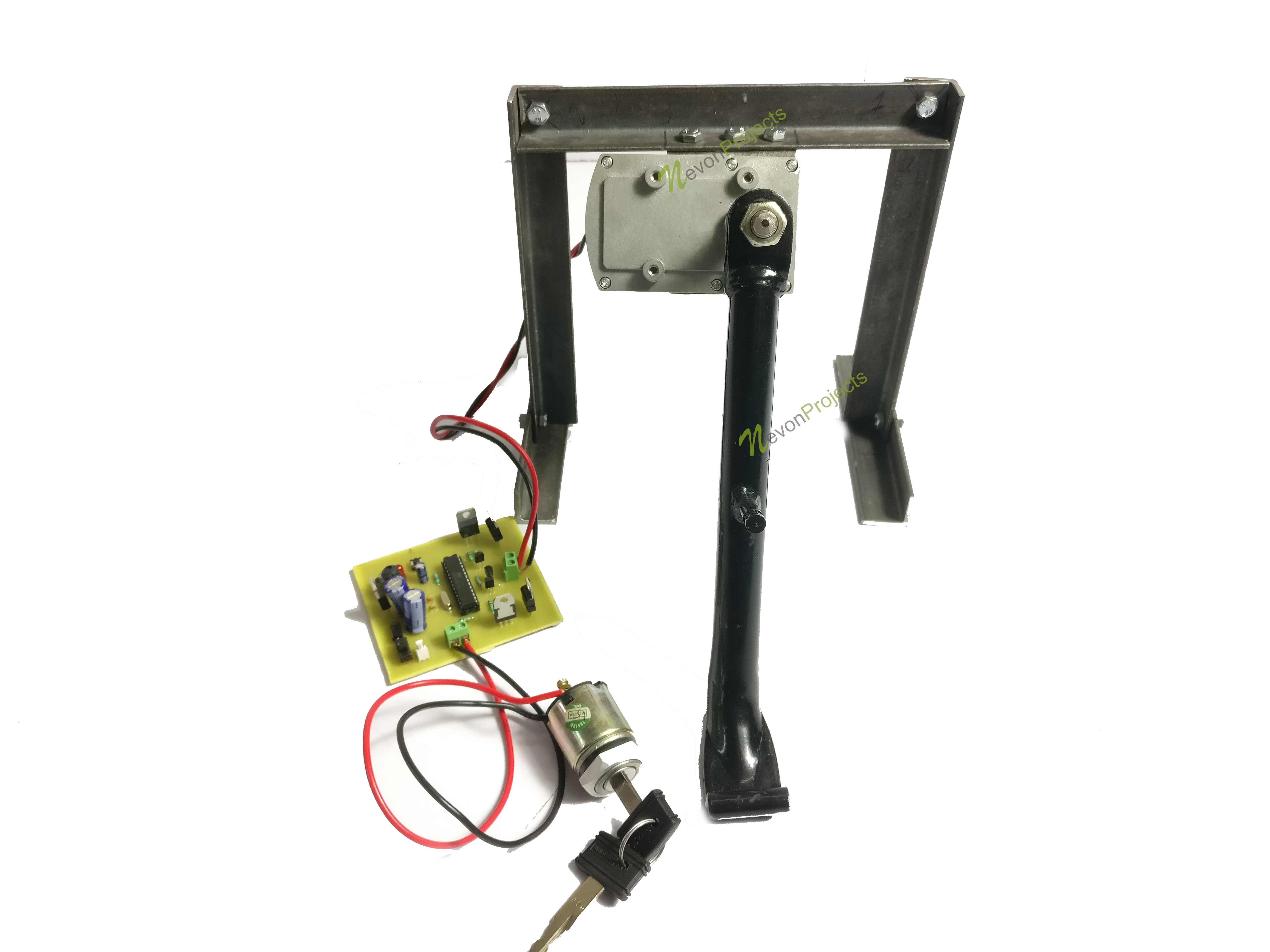 Two wheelers are most prone to accidents due to their fragile nature. One of the issues of motorbike accidents is that people forget to slide their side stands back in place on starting the bike. So here we propose an automated side stand slider system that will automatically slide the side stand back in position when user starts his/her bike. In this system e make a demonstration model with a demo starter for bike and a frame used to hold starter, demo bike and sidestand in position. The frame is used to mount bile upright using frame. The starter consists of a microcontroller circuit used to monitor the starter and then operate the stand sliding mechanism. The stand consists of a motorized system used to operate the stand. The circuit monitors the starter, on starting the bike the sidestand is operated by the motor using a shaft to slide from a vertical position to a horizontal position. On turning off the key in other direction to lock bike the system moves the motorized stand shaft in opposite direction so as to move the stand in a direction perpendicular to the bottom frame rod which rests the motor bike on side stand. Thus we have a fully automated sidestand system for motor bikes.