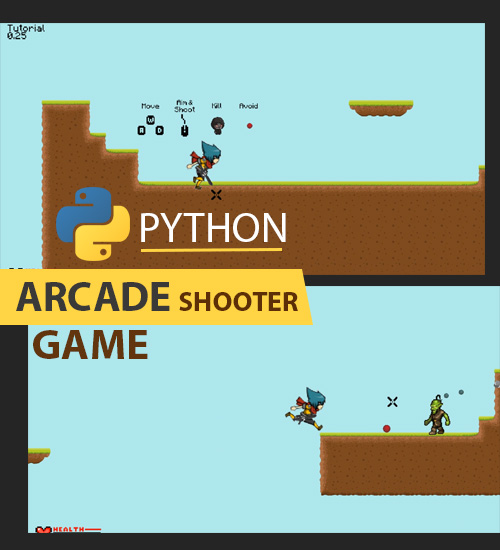 Developed using Python, Arcde style Shooter is a classic side scroller. This game mixes elements of platform games with run and gun games.
As the player jumps from one platform to another and advances through the game, they’ll run into Goblins who’ll fire upon them. To survive through a level, the player must fire at goblins and simultaneously dodge their attacks. If a player gets killed by Goblins, they’ll end up at the beginning of the level.

This game consists of four levels and gets progressively more difficult as the player advances. Moreover, there is also an autosave feature that saves your progress. The player can store up to nine save games.

Pygame is a cross-platform set of Python modules which is used to create video games. It consists of computer graphics and sound libraries designed to be used with the Python programming language.