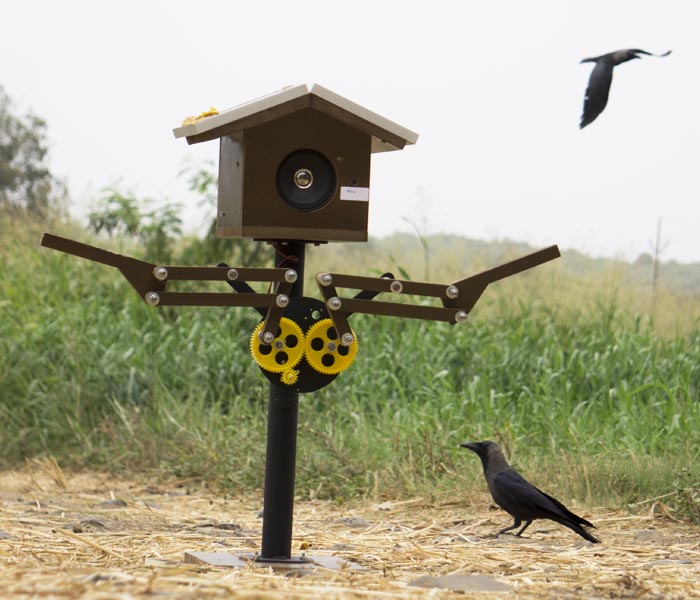 Birds, known to assume a significant part in fertilization, putting a mind bothersome bugs and rodents, could likewise be causing uncommon diminishing in crop yields by obliterating them, as per a report, which calls it as an arising worry in agriculture. The avian species cause losses in agriculture by harming crops during planting, seedling and maturing stages, prompting economic losses to the farming local area, shows the interministerial report of the Committee on Doubling Farmer’s Income (DFI).

“Birds are known to make extensive economic harm assortment of crops during weak stages in various agro-natural locales of the country. The degree of bird harm to any crop relies upon a few elements like convergence of neighborhood bird populace, all out region under the crop, cropping design territory of the area, season and physiological status of the birds,” expressed the report.

Scarecrows have rarely proven to be effective in keeping the birds away from fields as birds are smart enough to notice it is not an actual human as it doesn’t move. To solve this problem we hereby design a solar powered moving scarecrow that auto detects bird sound and operates its arms using a motor along with shouting to scare away birds and animals for good.

The system provides the following advantages:

The system makes use of a CONTROLLER, a DC motor, Battery, Solar Panels, Gears and Linkage Joints, a mic for sound sensing along with the pole and model frame to develop the system. The scarescrow is mounted using its metal pole in a field. It can be mounted anywhere in the open as it dosent require any external power supply. The solar panels constantly charge the battery of the system during day time.

The mic in the system constantly monitors sound level in environment. As soon as a spike in sound levels is detected in the environment this signal is monitored by the controller and it triggers an action. The DC motor is powered which rotates and so does the entire arm mechanism.

The rotation of motor shaft rotates the gear connected to it which sets in motion the Linked arm mechanism. The mechanism allows for moving the arms in a human like motion vertically to imitate a human presence. Also the controller operates a speaker module to make some noise so hat birds and animals in near the field too are scared. Thus the system puts forth a modern solar powered scarecrow to protect farms from birds and animals. 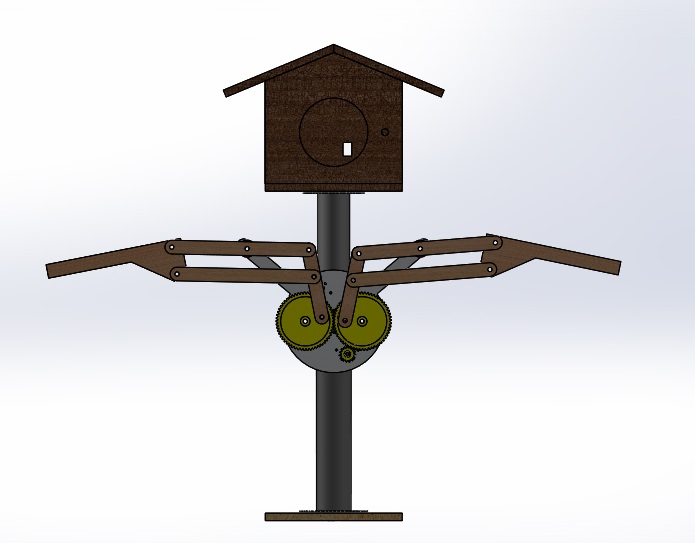 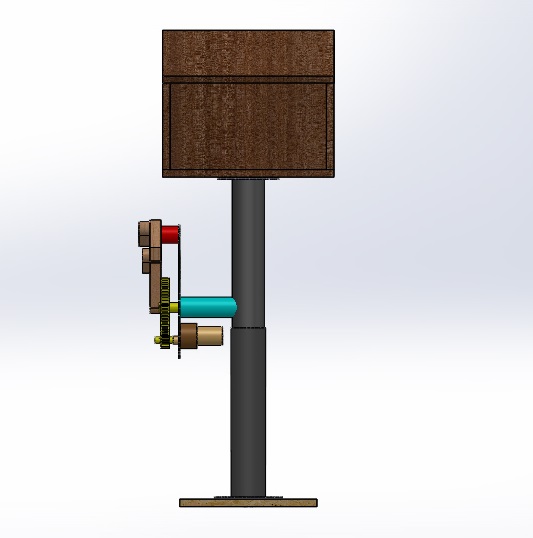 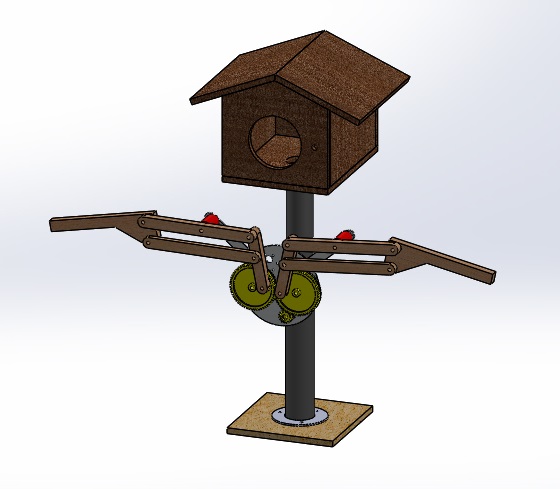