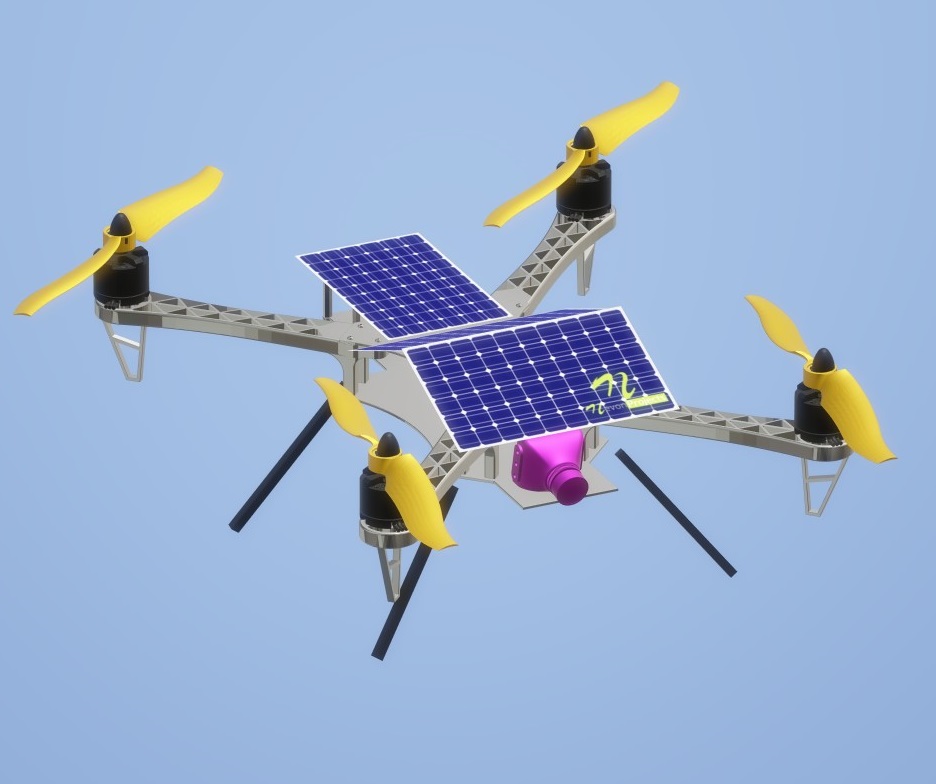 Drones are a common sight today and are being used in a wide range of applications. From selfies to pesticide spraying to military surveillance. Well the problem with surveillance/monitoring is that many applications require long time surveillance. Drones do provide a good view for surveillance monitoring but have a huge drawback. This is the drone battery life.

Well we here develop a drone with solution to these problems using solar power to constantly charge the drone to increase its flight time as well as the ability to land the drone anywhere and automatically its battery remotely to take flight later. This will lead to improved flight time as well as automatic battery charging of drones in inaccessible areas so that it can take off from the same spot on charging.

The drone is a quad rotor drone that makes use of 4 x high powered drone motors with propellers to provide required lift to the drone. The drone body is integrated with solar panels for high efficiency charging during idle time as well as during flight time for improved flight times.
The drone is integrated with a wifi camera that can be monitored over an android smartphone using wifi connection. It makes use of a rc remote controller to receive control commands for the user. The drone onboard rc receiver is used to receive control commands from the user and operate drone motors to achieve desired flight.