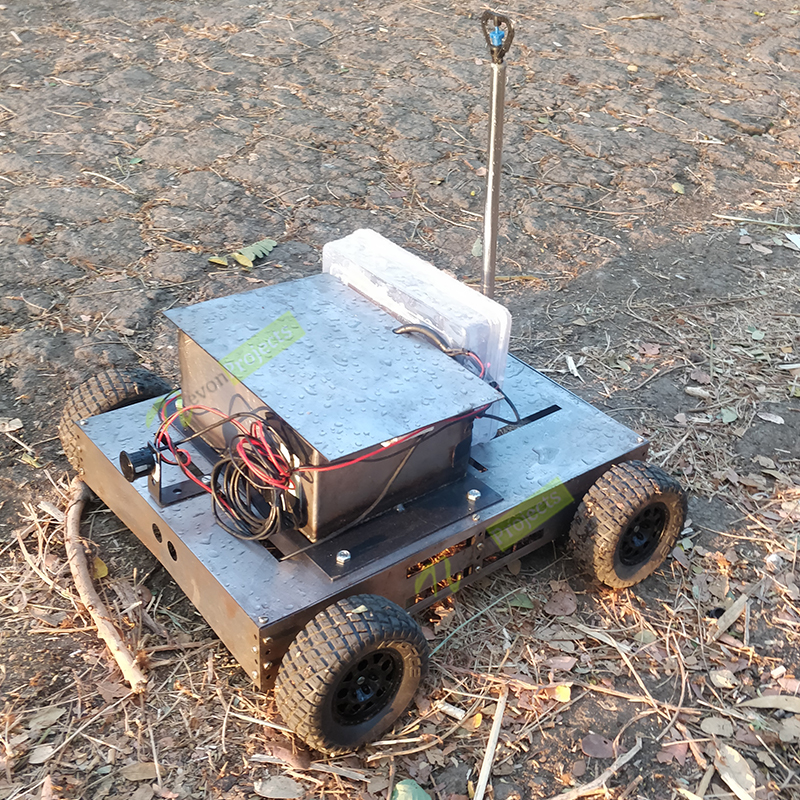 Irrigation systems require large piping setups along with many sprinklers in order to achieve proper irrigation. This plant irrigation system has many problems associated with it. It requires expensive piping as well as sprinkler costs along with high powered motors in order to drive water through such long pipes. There is always a chance of leakages that may cause an oversupply of water to a particular area and undersupply in another leading to plantation loss. Also, this will incur heavy repairing costs. Our proposed system uses a robot with an automatic sprinkler using Atmega 328 microcontroller, that moves through the field with a water tank that sprays water all over the field. This robot is powered by Atmega 328 microcontroller it consists of robotic chassis, wheels, pipes, sprinkler, Electronic Circuit, RF sensor, and ultrasonic sensor. This robot can be operated using two different modes, by using RF remote in which it will help to move the robot manually in which we can turn on sprinkler wirelessly whenever we want. Another mode is an autonomous mode in which robot will move automatically and it will detect obstacle using ultrasonic sensors. In this automatic plant watering system is being used by keeping the water pump on. This robot is made up of steel, it has motors with rough terrain wheel which can take full 360-degree rotation from both sides as it moves in front and backward direction. 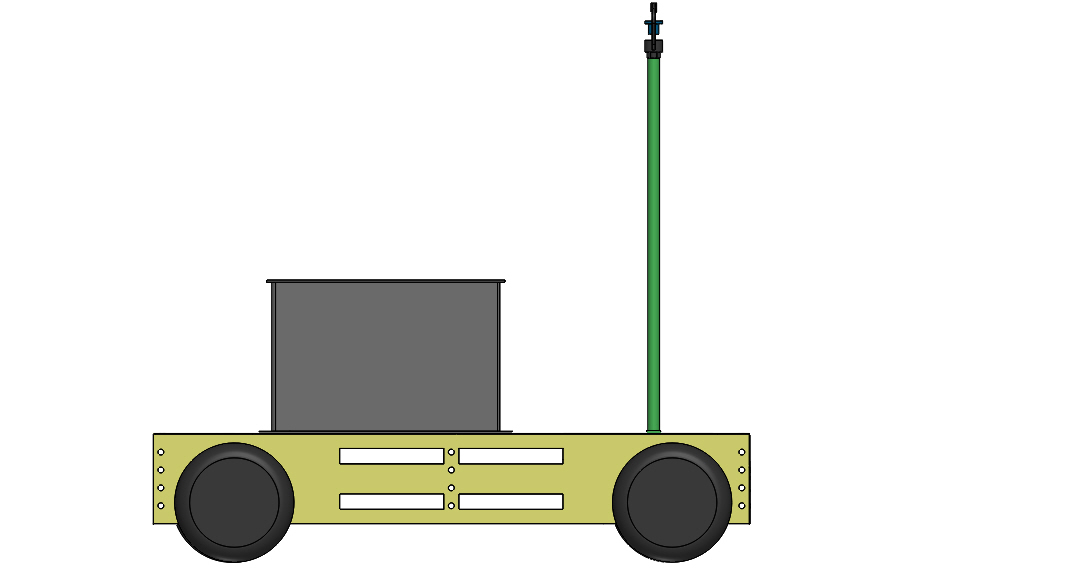