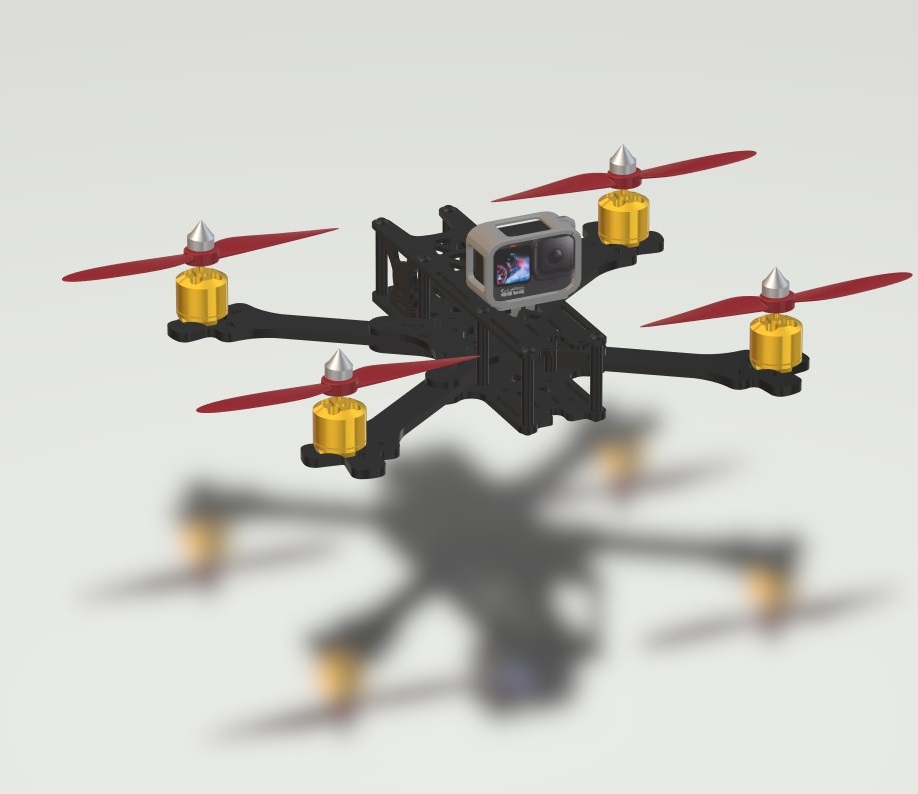 Drones have evolved over time resulting in increase in the types of drones. One such type are racing drones. Racing drones are fast, agile and small in size allowing them to move through indoor structures with ease and high speeds.

These drones have found applications in drone racing competitions with variety of obstacles, nature filming, patrolling factories, parking’s and indoor structures. So here we design and develop a high speed racing drone with action camera mount.

The top of the drone frame is integrated with a camera mount. We use a suitable arrangement to mount the camera in a horizontal position so it can look in the direction of the drone. We also use a vertical angle adjustment mechanism using a screw arrangement. This allows to manually adjust camera angle.

The camera can now transmit the live footage via wifi to an android phone for live viewing. We develop a phone mount arrangement on the transmitter remote so that user can control the drone while checking live camera footage. 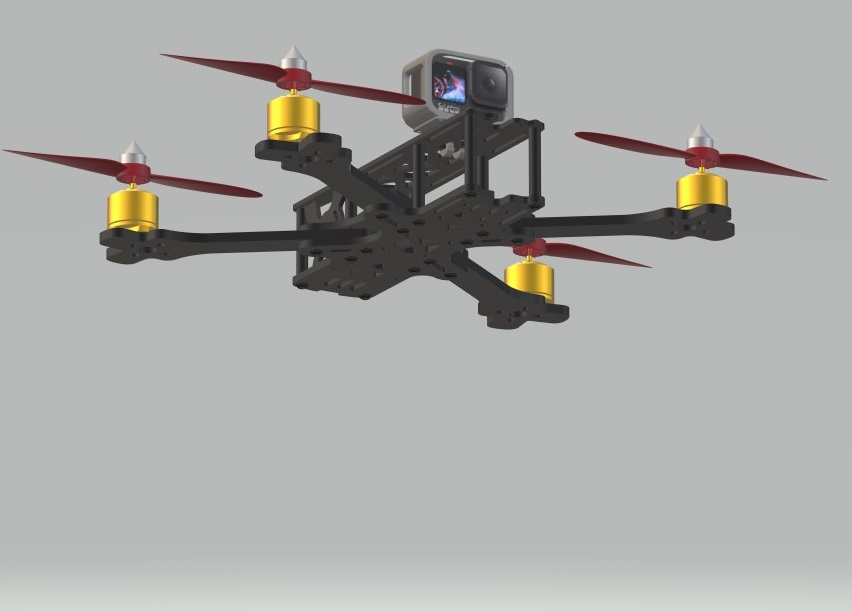