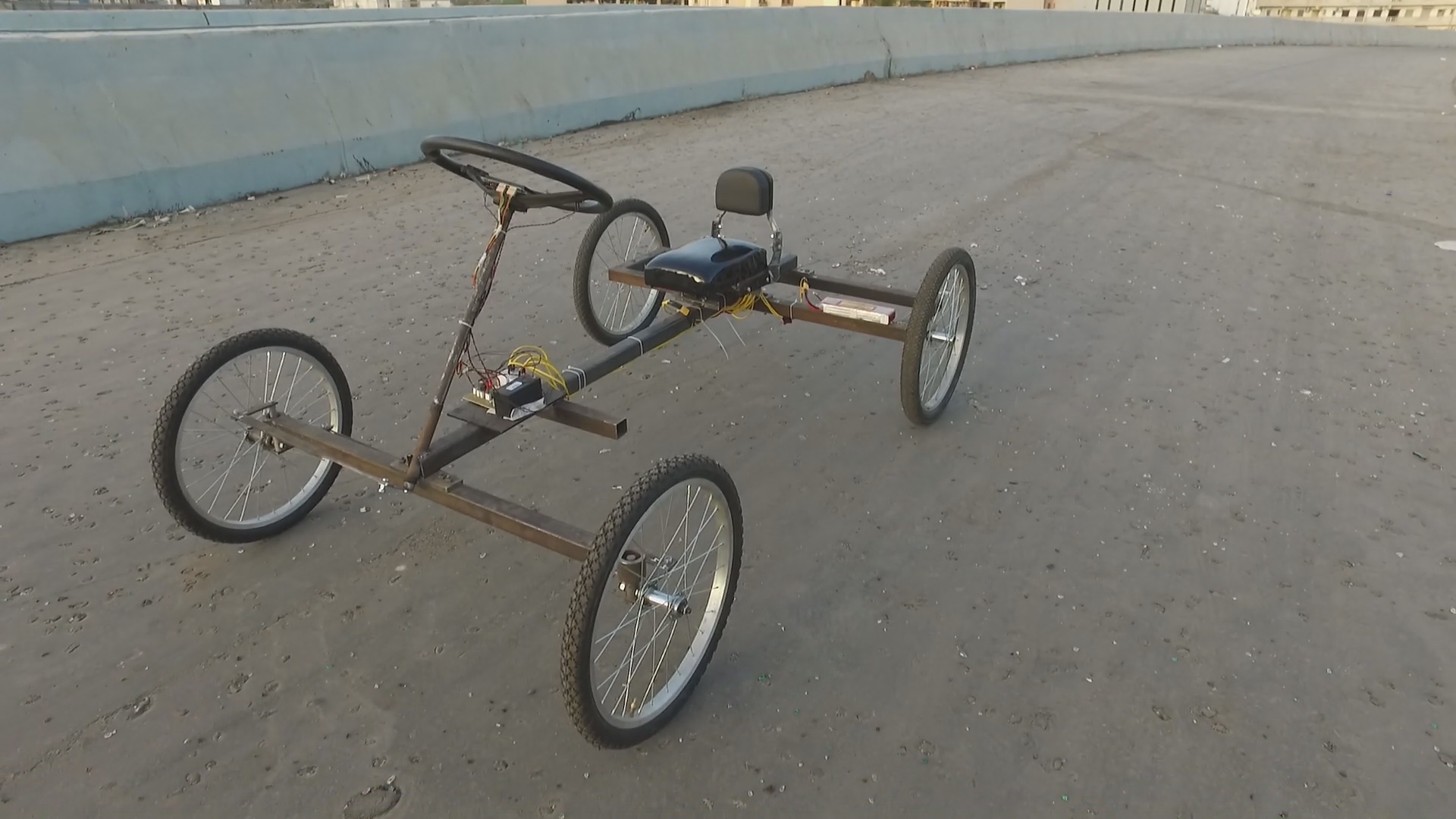 Drinking and driving is as of now a genuine general medical issue, which is probably going to rise as a standout amongst the most critical issues sooner rather than later. Drunk driving is the cause for majority of the deaths. Automatic Ignition Locking system with Alcohol sensor implanted on the steering of the go kart along with some advanced features helps to reduce the accidents caused by drunk and drive. Our proposed alcohol detection system with ignition locking would be constantly monitoring the driver breath by placing it on the driver steering wheel so that driver’s breath can be constantly monitored by it. So, if a driver is drunk and tries to drive, it detects alcohol presence in his/her breathe and sends signal to the motor and the motor will not start. The motor doesn’t start until the sensors output changes to its normal value. This Go Kart has on and off button to start the kart and to off the kart. It also has forward and backward button for moving the kart in front and in back direction. It runs on DC power with the help of gear motor.