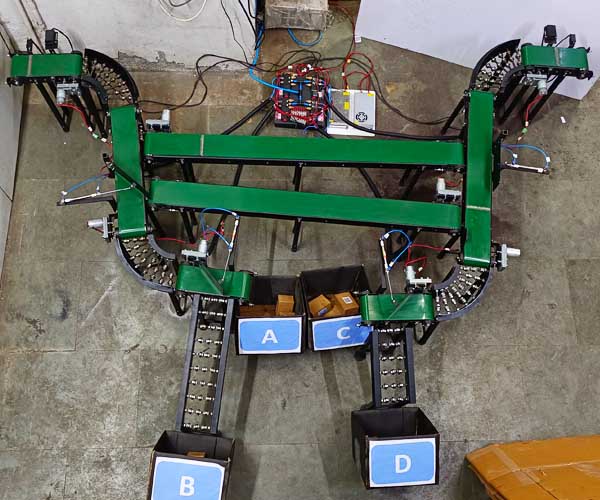 Baggage Handling Systems are complex and elegant systems which are used to transport the checked baggage of the passengers from ticket counters to areas where the luggage can be loaded onto the respective airplanes. Baggage Handling Systems are also used to transport baggage arriving from airplanes onto the carousel at baggage claim or to an area where the baggage can be loaded onto a connecting flight. Such systems are a common and unescapable sight in almost all commercial airports across the globe.

This Microcontroller based Baggage Diverter System uses a QR scanner to scan the tags on the luggage and is capable of transporting them to up to four different output locations based on the QR code. This system uses a series of conveyor belts to move the luggage along and gravity based turning conveyors for turn points in baggage movement. Using pneumatically driven diverters, this system can change the direction of a package based on its desired location.
The system offers following Features:

The baggage diverter demonstrates a scale model mechanism of large airport baggage diverter system that can go for several hundreds of meters. The system allows for a smart mechanism developed by a combination of conveyors, Pneumatic diverters, gravity conveyors, QR scanners, Sensors and controller circuitry.

The system first scans the QR code of the incoming box (demo baggage). The QR code is encoded with the data of the output terminal where the particular baggage is to be diverted to. Based on the scan the diverters rearrange their position to divert the object to particular output terminal.
The Microcontroller circuitry is used read the QR data from every box. The scanned code is associated with a particular output. The microcontroller circuitry now operates all of the pneumatic diverters using a valve to ensure the object is diverted to respective terminal.

The system can further be extended with more conveyors and diversions with QR scanners to placed at certain intervals to ensure large complicated diversions using this mechanism. 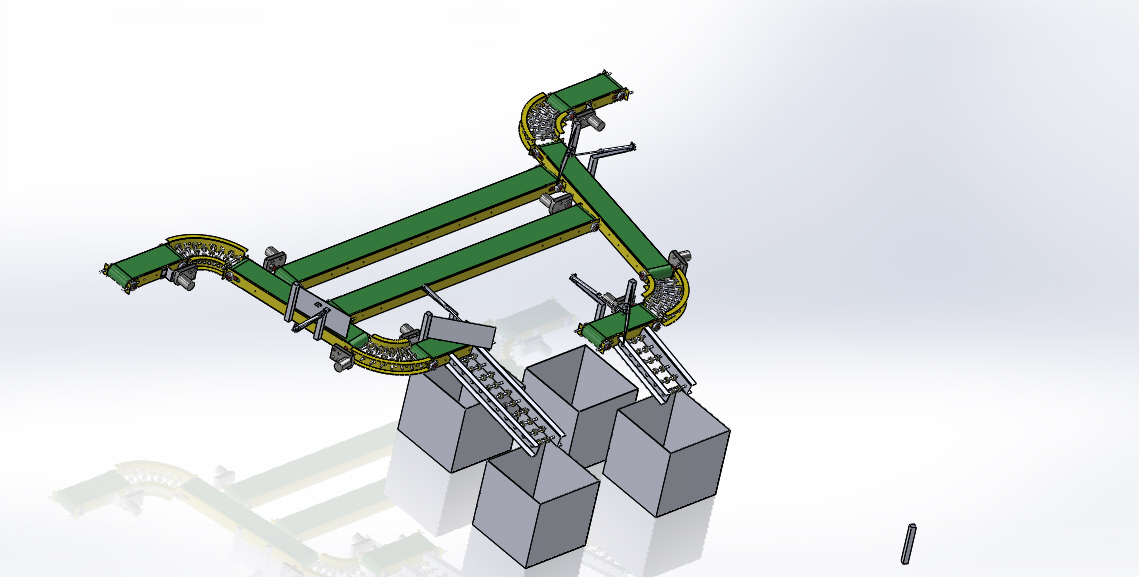