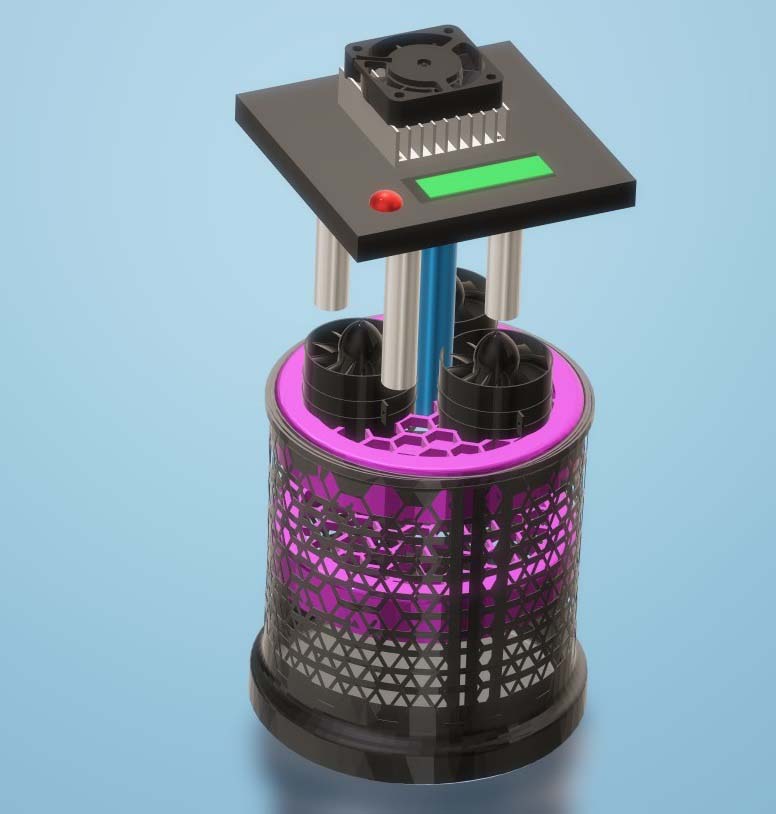 When a mosquito sucks blood from any creature, it also absorbs viruses bacteria, parasites present in the animal/human blood. These viruses bacteria and parasites are then transmitted to the bloodstream of the next person/animal the mosquito bites through its saliva.

While many of these infection may not directly affect the mosquito health, these mosquito-transmitted infections can lead to immense suffering for humans. Over 390 million humans are infected each year with dengue, and thousands more are affected by Zika, chikungunya and yellow fever.

As per WHO, mosquito bites lead to the death of over 1 Million humans every year, most of these are caused by malaria. This makes the mosquito, most dangerous animal/insect in the world. While there are limited ways to prevent mosquito bites, one of them being mosquito killers/traps. Most of these mosquito traps have proven to be rather inefficient in killing mosquitos and don’t show much results. The faults of these machines lies in insufficient research and inability to understand mosquitos. To develop an effective mosquito killer machine we must first understand how a mosquito finds humans.

The mosquito uses the following senses to sense and find targets

A major technique that many bug zappers use to promise customers about mosquito killing by the use of blue lights. But the question to be asked here is

ARE MOSQUITOES ACTUALLY ATTRACTED TO LIGHT?

At Daytime, mosquitoes usually avoid the light and stay hidden in dark areas, gutters, corners. Most mosquitos are active in evenings, nights or early mornings, at times when sunlight is low.
Mosquitoes like most nocturnal insects seem to avoid light rather than be attracted to it. A study finds Mosquitoes aren’t attracted to light and nor are repelled by it. They may use light so they can “see” to help them navigate from one point to another. But mosquitos don’t seem to perceive light the same way as humans.

So we hereby attempt to develop a perfect mosquito killer that manipulates the mosquito sensors to lure and kill mosquitos using a smartly designed mosquito killer machine. The machine makes use of high powered suction, heating module, moisture generator, electric mesh and some blue light to develop this system.

The machine uses 2 of mosquito senses to lure it and then trap and zap the mosquito using electric mesh. The machine first uses 3 x rods that are connected to a electric heating module to heat these and maintain them at around 34 degree celcius, which is the human body temperature. We use a temperature sensor in coordination to measure the rods temperature and thus ensure it is maintained around 34 degree.

Moreover we use a mini humidifier to generate some mist from time to time that would simulate body sweat. These 2 systems can be used to manipulate 2 of mosquito senses and lure it near the system. We now use a low intensity blue light in the center which glows at a very low intensity so as to be visible in the dark but not bright enough to drive away mosquitos.

Now just below the heating rods we use 3 x high torque fans that are used to suck in any mosquitos in range. Below the fan are 2 meshes of electric zapper meshes which are used to kill mosquitos sucked in by fan using electric current. Thus the system attempts to find a way using smartly designed technology to lower the mosquito problem faced globally. 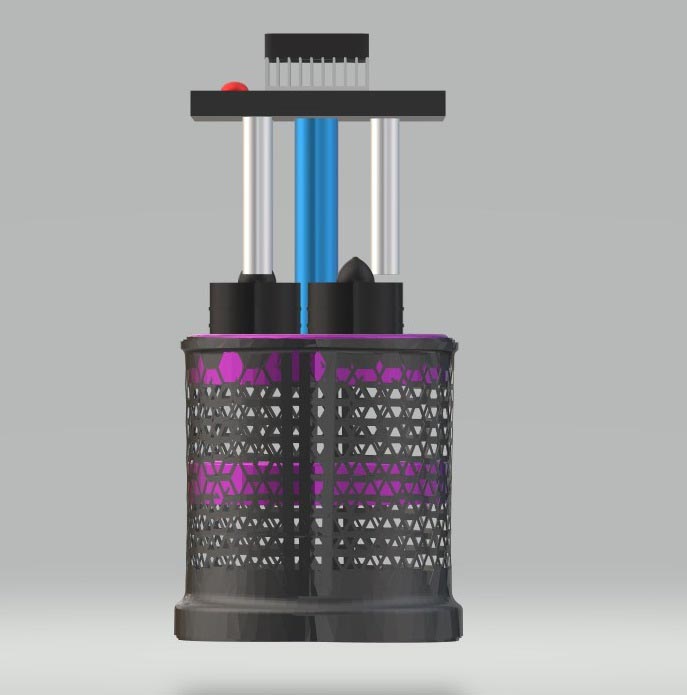 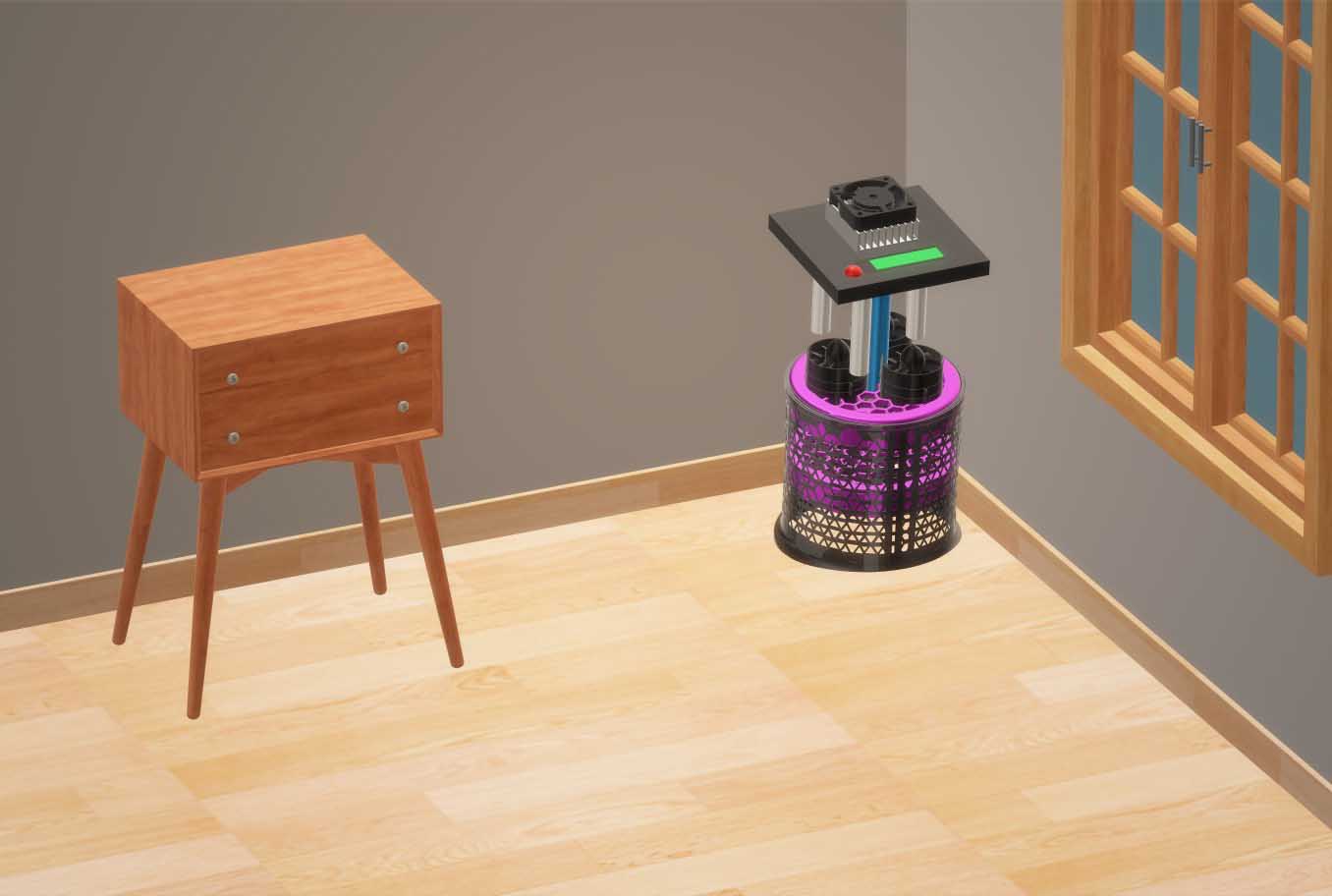 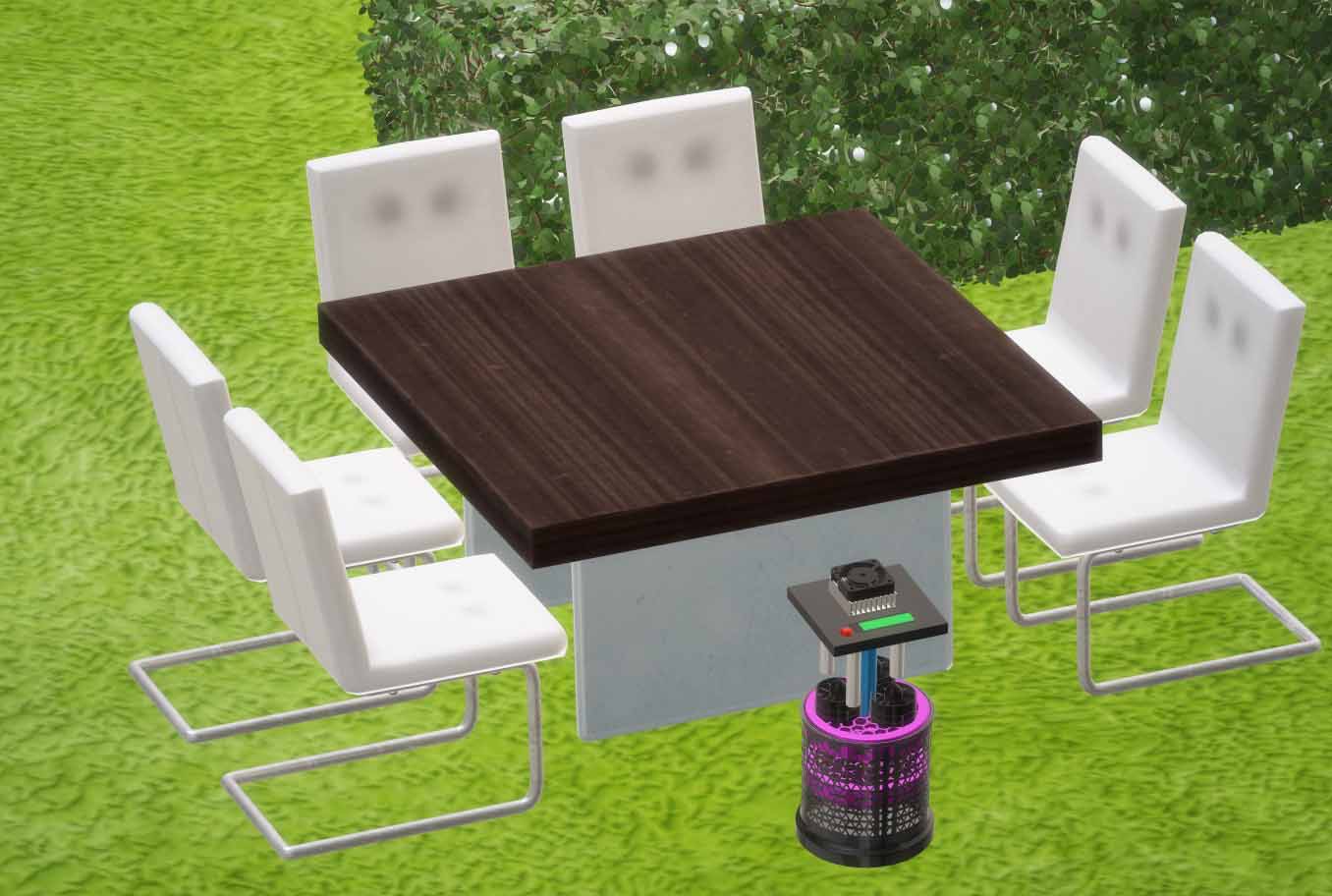