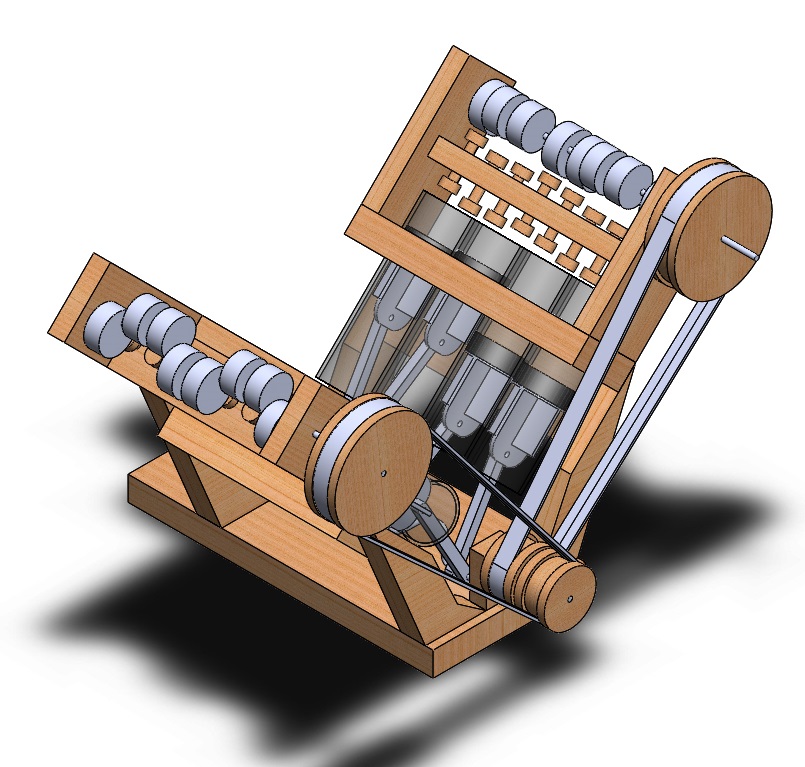 A V8 engine is an eight-cylinder piston engine in which two banks of four cylinders share a common crankshaft and are arranged in a V configuration. The majority of V8 engines use a V-angle (the angle between the two banks of cylinders) of 90 degrees. This angle results in good engine balance, which results in low vibrations; however, the downside is a larger width than V8 engines that use a smaller V-angle.

The V8 engine with a cross-plane crankshaft is a common configuration for large automobile engines. The displacement of modern V8 engines is typically between 3.5 to 6.4 L (214 to 391 cu in), though larger and smaller examples have been produced, such as the 8.2 L (500 cu in) V8 engine used in the 1971–1978 Cadillac Eldorado.

Due to its large external dimensions, V8 engines are typically used in cars that use a longitudinal engine layout and rear-wheel drive (or all-wheel drive). However, V8 engines have also occasionally been used in transverse engine front-wheel drive vehicles, sometimes using closer cylinder bore spacings and narrower cylinder bank angles to reduce their space requirements
The Machine aims to show the working of the v8 engine. The frame is mostly made of MDF. The rest of the engine accessories is made of mild steel, nylon and plastic. 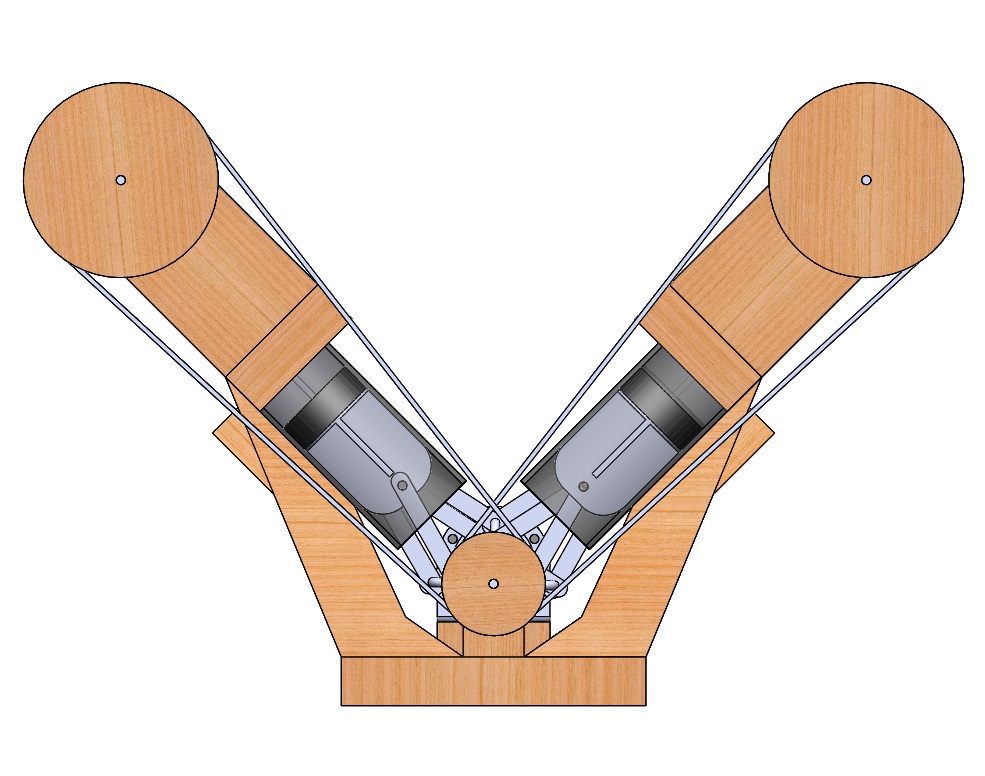 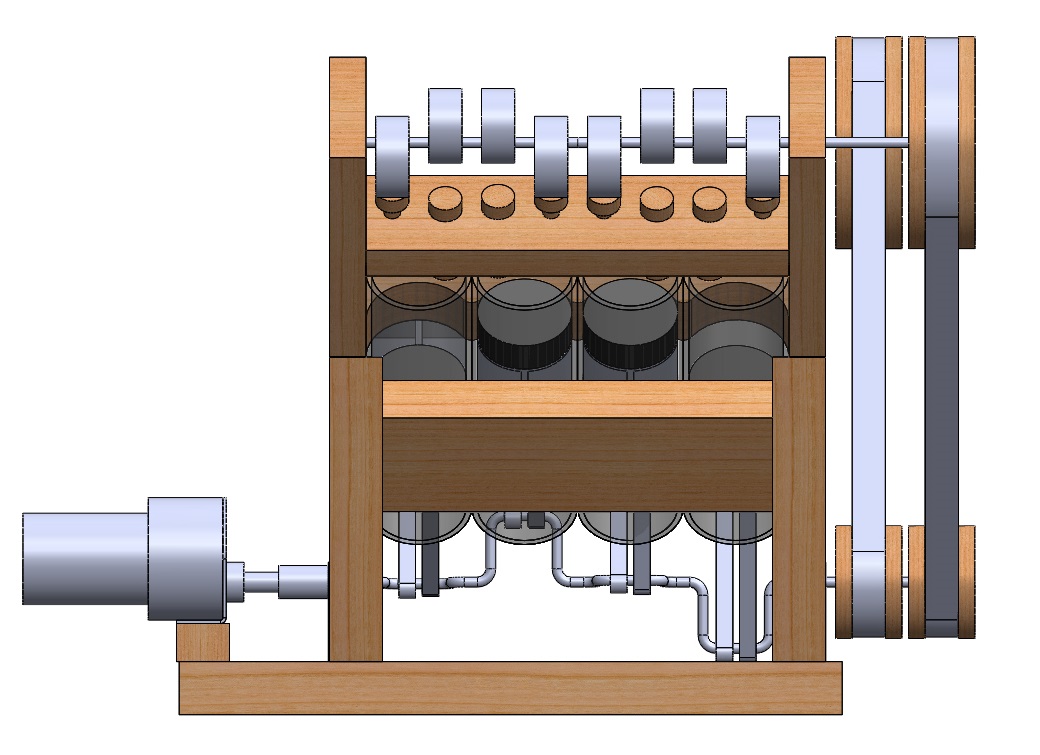 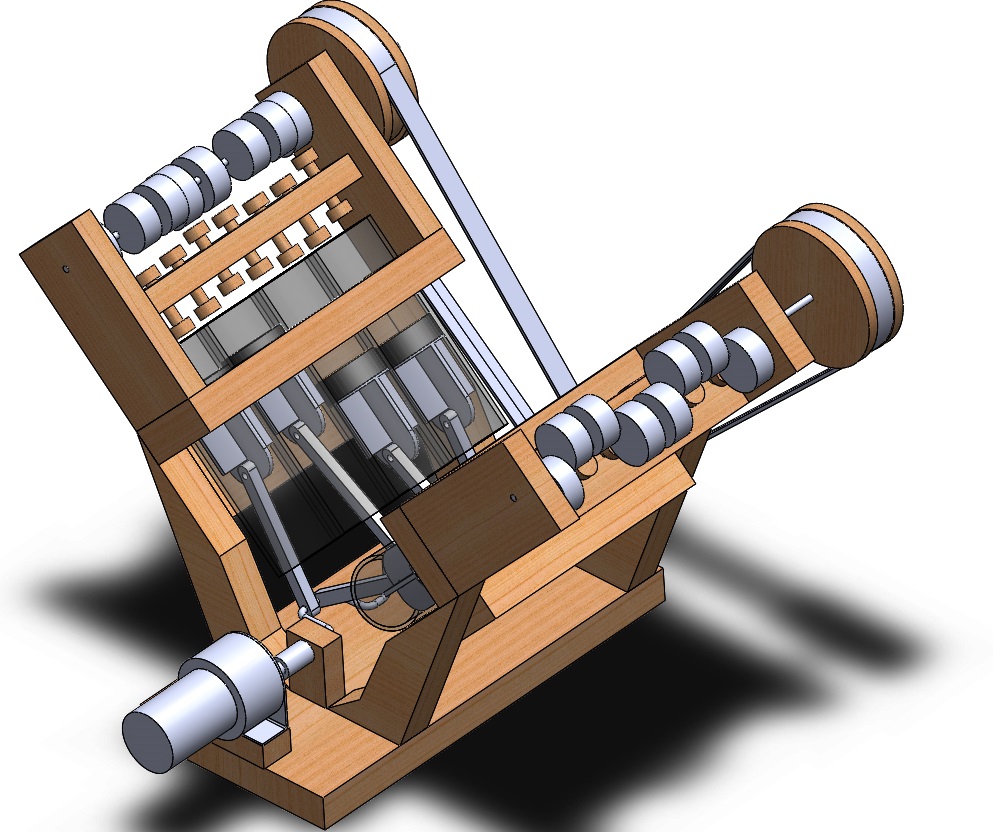